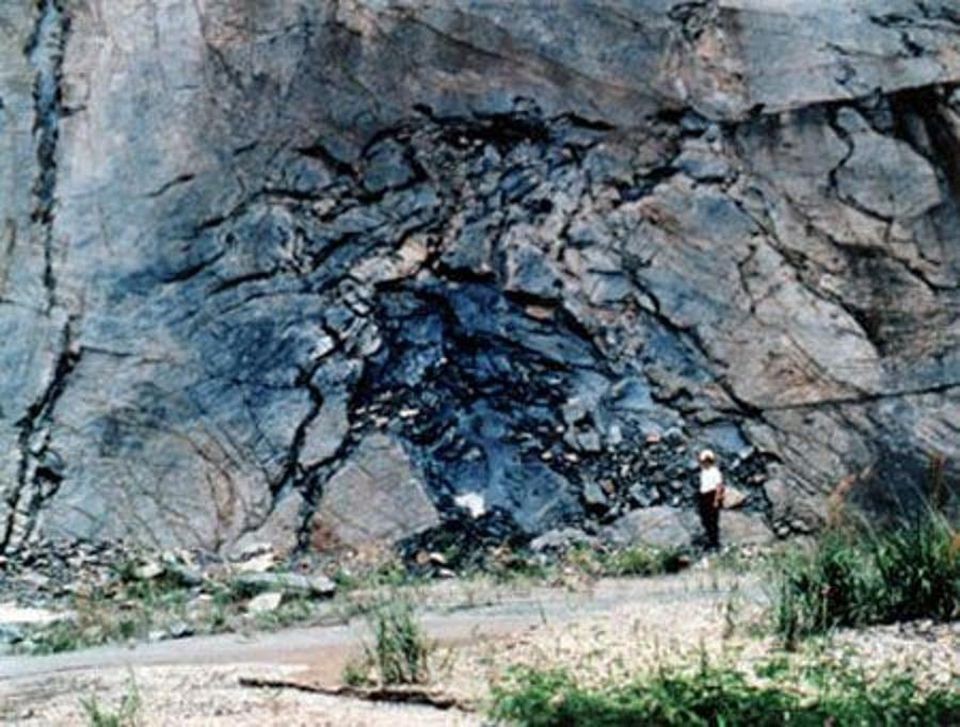 Yes; it's a natural nuclear reactor. Here's how.

Our planet has existed for about 4.543 billion years. During this incredibly long time, countless things have occurred on our planet’s surface and beneath the ground.

But there’s perhaps a lesser-known secret about our planet; perfect conditions were met for a natural nuclear reactor to come into existence in the very distant past.

No, it wasn’t created by aliens, and it’s not a remnant of a long-lost advanced civilization on Earth. Instead, it was created by no other than Mother Earth, say scientists.

The first nuclear reactor to produce energy started working in 1951, producing a tiny amount of electricity. Then, however, in a distant area in Africa, piles of rock happened to meet the necessary conditions billion years ago to start nuclear reactions.

Oklo, a region near the town of Franceville, in Gabon is home to several natural nuclear fission reactors discovered inside uranium minds in the region by accident in 1972.

Since the discovery in 1972, scientists exploring the area have uncovered 17 reactor sites that have been found nearby. The area is unique as scientists say that the Oklo fission reactors are the only known examples of a natural nuclear reactor here on Earth.

The discovery came after scientists examining the site as a potential uranium mine found out that the metal’s isotope ratio was way off. It was entirely different from anywhere else in the world, a tell-tale sign of induced fission of uranium-235.

Further investigation revealed products of induced radioactive decay such as neodymium-143 and ruthenium-99.

Under normal circumstances, uranium ore is made out of 0.720% uranium 235. However, that’s the number scientists see when examining other rock samples from different parts of the Earth’s crust, the moon, and even space rocks.

But, French scientists examining the ore in 1972 found that their samples contained only 0.717% of uranium 235. That’s 0.003% less uranium 235 than what they should have seen. And while it may not seem as much, it is a considerable amount of uranium.

Scientists eventually concluded that in a distant time, the mine at Oklo used up around 200 kilograms of uranium 235. Experts suggest that the missing 0.003% of uranium 235 had undergone nuclear fission spitting up into various other atoms.

Uranium is naturally radioactive, so several things had to perfectly coincide with a natural nuclear reactor to pop up by itself, and the conditions in this rocky area (Oklo, Gabon) happened to be just right to sustain nuclear reactions.

Scientists argue that three specific things had to take place for natural nuclear reactions to occur.

The first thing to be present was a large amount of Uranium 235 to fuel the reaction.  0.720% of Uranium 235 turns out to be the perfect number for nuclear fission, and its what existed there some 2 Billion years ago.

The next thing you’d need is a source of neutrons.

As it turns out, when Uranium 235 decays, it naturally turns into thorium, releasing a neutron in the process.

The third thing the reactor needed was a supply of regulating material: like a flow of natural groundwater, which curiously is also present at Oklo. Groundwater would control the entire process. For example, as atoms split up, they release neutrons and energy.

The water would help slow down the neutrons, but the energy would nevertheless heat the water.

Scientists estimate that this entire process was repeated repeatedly for millennia, slowly reducing the amount of Uranium 235 present at Oklo. Eventually, the levels became too low, and no more reactions could take place.