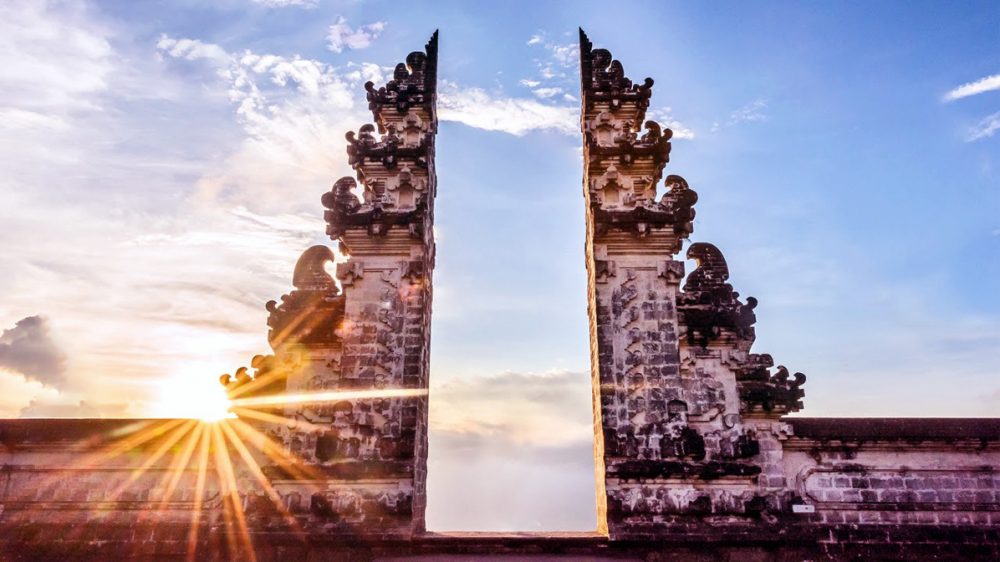 The Lempuyang Temple, also known as Pura Luhur Lempuyang is one of Bali’s oldest and most highly regarded ancient temples. Sitting at an altitude of around 600 meters, this temple is believed to predate all other Hindu Temples on Bali.

The temple is one of a complex of temples that adorn the already beautiful landscape at the top of Mount Lempuyang, one of the holiest mountains on the Island.

There are a total of seven temples, one of which is home to the popular ‘Gate to Heaven’, the stunning ancient ark that greets its visitors.

Once there, looking through the gate on a clear day offers a stunning view of Mount Agung framed within its sides.

Beyond the gate, three beautiful nāga-lined staircases will take its visitors to the lowest temple.

The temple’s importance resides in the fact that it is considered one of the six holiest places on the island.

According to ancient Balinese beliefs, these spots are actually the pivotal points of the island and are meant to provide spiritual balance to Bali.

The entire Lempuyang mountain was divided into three sections which are believed to correspond to the Balinese cosmology.

The sacred-most point of Mount Lempuyang is where the Pura Lempuyang Luhur is built.

Pura Penataran Agung, also known as Pura Silawana Hyang Sar, is located in the middle part of the mountain; while at the base of the mountain, the Pura Dalem Dasar Lempuyang is built.