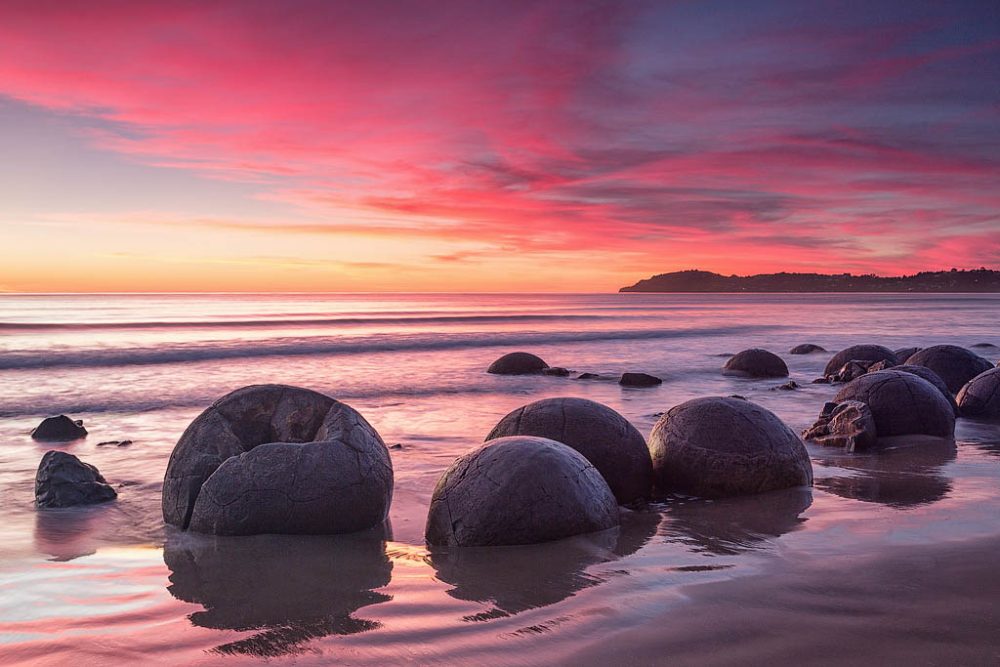 Have experts finally found an explanation for the existence of identical stone spheres across the globe?

In the second half of the twentieth century, the discovery of mysterious stone spheres made a lot of noise in the media. “Chariots of the Gods”, as they were called by one of the main popularizers of an alternative view of the history of that time, Erich von Daniken, could be one of the important shreds of evidence of the existence of a highly developed civilization on our planet in the distant past.

The balls, in his opinion, were objects of that very distant era, the memories of which von Daniken reflected in his bestseller book with the same name.

The Swiss journalist was not the first to voice this version. One of the earliest modern finds of stone spheres in the tropical forests of Costa Rica in the 1930s century immediately raised questions among the local population and scientific researchers.

There were traces of manual processing on the stones, which led to the emergence of versions about their artificial origin. However, it was difficult to imagine that the ancient cultures of the Central American region independently created such artifacts.

The problem was primarily that the size of the balls ranged from a few centimeters to three meters in diameter, with a weight of up to 16 tons. How, and most importantly, why did the ancient cultures create such stone spheres if, of course, they did?

When we have facts that are difficult to explain from the point of view of existing knowledge and history, experts usually deal with them in two ways: they neglect them until the set of knowledge necessary for understanding appears, or they try to explain right away, putting forward versions completed through logic and imagination.

The second approach in the early stages often sins with unnecessarily fantastic or even mystical versions. However, both of them are valid until proven differently.

Historians and archaeologists have found that over the centuries, stone spheres were not only aesthetic in nature for the aborigines of the region but also had religious significance. Thus, clusters of balls were found, laid out in various patterns. We know that throughout history, humans have often used structures and artifacts inherited from previous owners.

And in this case, the discovery of the “chariots of the gods” by the primitive Indian tribes could not fail to give rise to their cult significance. In the end, the discovery of these artifacts became a sensation even for the people of the 20th century. It is not surprising that the inhabitants of both Mexico and the countries of Central America tried to refine the objects at their own discretion, leaving traces on the ancient spheres.

But who, after all, created such unusual formations?

Stone Spheres around the world

Further research has shown the presence of identical artifacts to those in Costa Rica in almost all regions of the world. And everywhere, without exception, the spheres aroused some awe among the local population as traces of the presence of forces incomprehensible to the man who inhabited their lands. So in relation to the “Chariots of the Gods” found in New Zealand, there is a Maori legend that tells that the artifacts were thrown ashore from a huge divine canoe.

Similar stories can be found in other cultures. Huge spheres have been found in almost all regions of the world: in the already mentioned Central and North America, New Zealand, South America, Easter Island, in Europe, Asia, and Africa. They were found even in the far north of Russia.

Such a proliferation of artifacts could finally put an end to the debate about the existence of a planetary-scale civilization in antiquity. Since the stone spheres are identical, then the culture that created them must be common. And the huge size and solid weight may indicate the non-trivial possibilities of the sought civilization.

Trying to explain the origin and purpose of these mysterious artifacts

Trying to explain the origin and purpose of the artifacts, the researchers put forward hypotheses according to which the balls could be:

As you can tell, people really used their imagination for the majority of these theories. The arguments in favor of the latest version were put forward on the basis that sometimes huge balls inside turned out to be hollow. Looking ahead, it is worth noting that it was the split balls that helped to establish the real reason for the appearance of the stone spheres.

The scientific community was in no hurry to accept exotic versions of independent researchers, but at the same time, homogeneous in the explanation of the stone spheres. Some American archaeologists have long adhered to the version of the artificial appearance of the artifacts.

A number of features of human perception of information can act as a filter tuned to the desired setting. The situation was similar to the stone balls. Trying to find coincidences of artifacts in the most distant corners of the planet from each other, some researchers did not pay attention to a considerable number of objects similar in structure, but different in shape. For example, their flat cousins.

Now such formations are known to geologists as concretions (from the Latin word concretio – accretion, thickening). Concretions are mineral formations of various shapes in sedimentary rocks. The nuclei of concretions can be grains of minerals, parts of rocks, shells, remains of animals or plants. It is these cores that are found in fractured stone spheres. In fact, the process of concretion formation resembles the formation of pearls around a foreign particle trapped in a shell.

Most often, these are formed in porous sedimentary rocks, sand, and clay. Usually, there are concentrically layered, that is, composed of several shells. With a different chemical composition, the concretions are united by the similarity of formation: when the growths appearing on the walls grow towards each other and, closing, form different geometric shapes: spherical, ellipsoidal, cylindrical, disc-shaped, and others.

The shape is determined by diffusion. For example, if the diffusion process in a homogeneous medium corresponds to the symmetry of a sphere, then the shape of the nodules is also spherical.

Previously, it was thought that concretions formed over millions of years, but now geologists are talking about a much faster process of formation. From several months to several years. And for giant concretions – several decades. This is where we find the current explanation for the existence of stone spheres around the world.

No matter how attractive the hypothesis of the artificial origin of stone spheres around the world is, we once again find confirmation that nature is capable of the most unusual and, at first glance, fantastic phenomena, the essence of which is not immediately revealed to us

A Valley in Kazakhstan Home to Countless Massive Stone Spheres