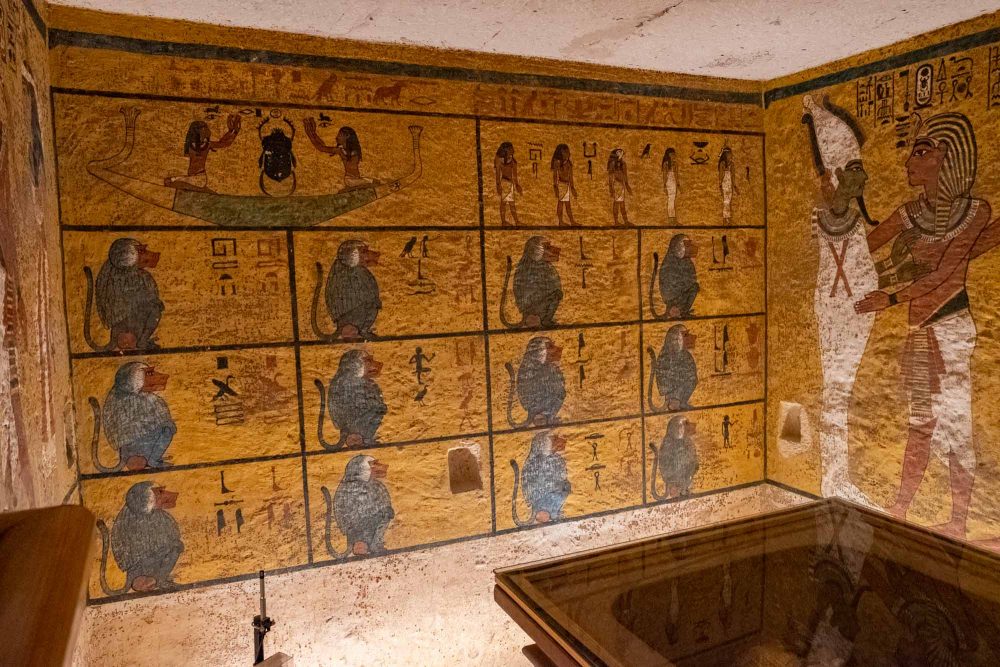 Did you know that there is a second valley filled with tombs close to the famous Valley of the Kings?

The Valley of the Monkeys is a closed alley adjacent to the Valley of the Kings. It is more commonly known as the Western Valley and although it is not as popular with tourists yet, it is one of the many incredible places in Egypt that deserve a visit.

1. The Valley of the Monkeys received its name when an archaeological team discovered a burial chamber with curious monkey drawings on the walls. The monkeys, 12 in number, were arranged in several lines.

2. It is located west of Luxor City and has a similar landscape to the famous Valley of the Kings.

3. Excavations in the Western Valley are still at an early stage but archaeologists have already made some significant discoveries. Dr. Zahi Hawass has been working there since 2017 although this past year, his main focus has been on the Saqqara necropolis.

4. Apart from the few tombs that have been discovered, the area of the Valley of the Monkeys was mainly industrial.

5. In 2019, Dr. Hawass and his team excavated 30 ancient buildings, most considered to be workshops.

6. Some of the ancient buildings were used for storage while others were composed of several rooms likely used for sleeping.

7. Based on artifacts discovered in situ, the workshops were dated to the 18th Dynasty and mainly produced funerary furniture and items like coffins and decorations.

8. The Valley of the Monkeys is also home to tombs although only a couple have ever been opened to the public. The Tomb of Amenhotep III is currently closed as it is being excavated by a Japanese expedition.

9. The Tomb of Ay has the most curious story which makes it an even better tourist attraction. Historians believe that the Tomb of Ay was originally intended for Tutankhamun but for some reason, their resting grounds were switched and Ay was buried in the Western Valley instead.

10. In general, the tombs are not always open for tourist visits, especially with the current Coronavirus situation. Nevertheless, you can always try to negotiate a visit but it is recommended that you do it in advance and not when you are there.

Reaching the Western Valley remains difficult unless you like walking long distances. Perhaps there is no funding or the government is waiting for greater discoveries but the road that leads to the Valley is made from dirt and stone. If you are lucky, you might find a taxi driver who agrees to get you to the tombs but most taxis prefer to stay away from the dirt road. Understandable.

In this case, you would have to walk about 2 kilometers to reach the tombs. In other words, be prepared to get dirty. Also, do not forget to bring enough water if you are visiting in summer as the weather conditions are definitely not welcoming.

On the opposite side of things, if the weather forecast suggests that there may be heavy rainstorms in the region (although such are rare), it is recommended that you stay away from the narrow Valley of the Monkeys. The floods that occur in such cases are truly dangerous.