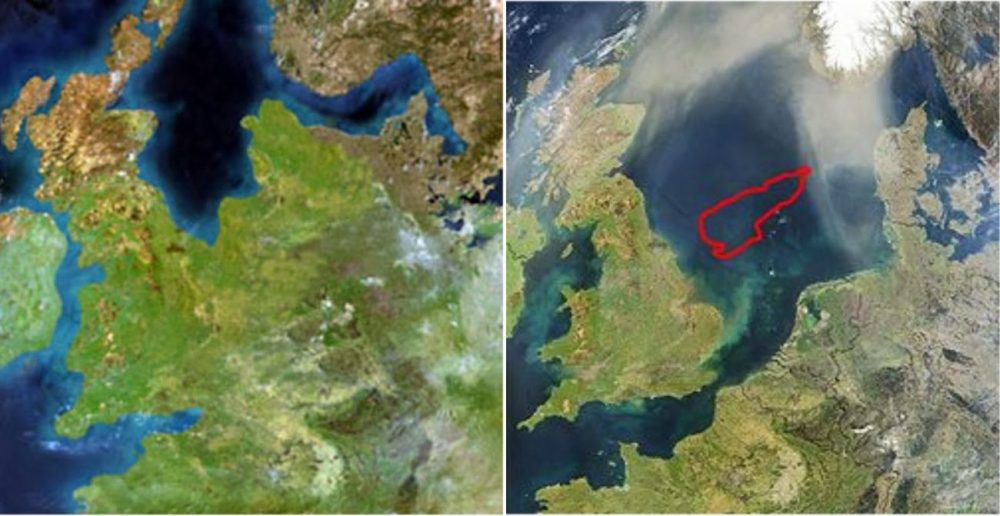 Some 8,000 years ago, the Atlantis of the North was devoured by the ocean.

Have you ever heard about Doggerland, the famed Atlantis of the North Sea? Archaeologists have recovered extraordinary evidence in the North Sea that is expected to tell a more detailed history about the lost landscape of ‘Doggerland,’ a massive submerged piece of land that ‘sank’ more than 8,000 years ago.

Archaeologists from Wessex have managed to extract a unique set of seabed cores as part of research on the area’s conditions for the Norfolk Boreas offshore wind farm.

The extracted cores are the most complete and extensive group of nuclei ever extracted from the South of the North Sea, and they are telling an incredible story about Doggerland.

Doggerland, the Atlantis that Sank 8,000 Years Ago

The results are expected to answer numerous questions about the environments in which our ancestors lived thousands of years ago.

Archaeologists also expect that the new study will shed light on the speed they would have needed to adapt to the change of water levels since the rise in sea level flooded the North Sea through the English Channel and cut off the British Isles the European continent.

“We have been extremely fortunate to recover what we believe is a unique sequence of sediments which offer an environmental record over nearly 3,500 years,” explained Wessex Archaeology’s Principal Marine Geoarchaeologist, Dr. Claire Mellett.

“Previously studied peats from this area are from isolated deposits or only capture a short period. However, those recorded here provide a near-continuous record of prehistoric change before and during the flooding of what we now call the English Channel and the southern North Sea. The data shows that they are also by far the most extensive deposits mapped in Doggerland, covering an area of around 85 square kilometers.”

The samples are being analyzed, and scientists expect that the results will arrive in 2019, answering several questions about Doggerland.

Dr. Mellett added: “There are so many insights that the collected material can give us. We will be able to reveal how the landscape may have looked, how it changed as the climate warmed. For example, sea levels rose after the last ice age, and how this changed the relationship between prehistoric communities and their environment.”

The Atlantis of the North

Around 18,000 years ago, most of mainland Britain was covered in ice during the last ice age. Still, as the weather warmed up, Doggerland offered an increasingly attractive environment for human settlements.

Temperate grasslands replaced tundra, and large animals such as mammoths and deer attracted hunters to the region.

As the global climate continued heating up, sea levels increased, and Doggerland became a land of rivers and inlets, archipelagos, lagoons, wetlands, and swamps.

As the forests and other flora flourished, so did the range of animals in the region; fish and birds grew in number and supported Mesolithic communities turning the region into one of Europe’s richest hunting and fishing areas.

Now, remnants of a massive landscape where some communities existed are hidden beneath the surface.

Find out more about Doggerland by visiting the website of Wessex Archaeology.