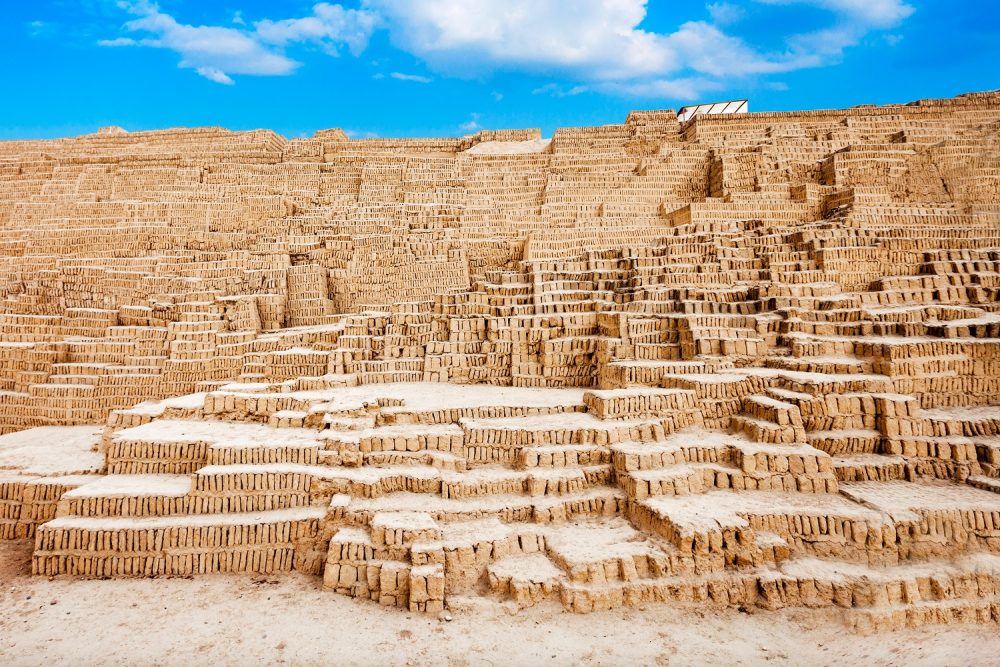 Located in present-day Peru, the Huaca Pucllana is one of the many pyramids built by ancient cultures in what is now the South American country of Peru.

Peru is home to several different–unrecognized– wonders of the world, and one of them is a massive pyramid that many people had no idea existed. It’s called the Huaca Pucllana, and it is a stunning feat of ancient engineering.

The city where the Huaca Pucllana stands was once home to around 40 similar structures destroyed throughout history as the population expanded.

Located in the Miraflores district of Lima, the Pyramid, the Huaca Pucllana, is thought to have served in ancient times as an administrative and ceremonial center for the pre-Inca Lima culture.

Today, the massive Pyramid is evidence of the rich history and culture that lived in the region thousands of years ago.

The Pyramid was built by a Pre-Incan indigenous coastal culture that inhabited the region from 100 CE to 650 CE.

The ancient civilization responsible for building the massive Pyramid was notable for its architectural style, engineering skill, and mastery of irrigation, which eventually led them to spread across a considerable amount of territory.

The ancient culture was surrounded by a vast desert and created intricate irrigation networks to transport water from springs and rivers to their settlements.

In 1991, the Peruvian Cultural Institute and the Municipality of Miraflores signed an agreement that allowed the Huaca Pucllana pyramid to become a historic and cultural park in the city.

In ancient times Pyramid was used both as an administrative center and a religious center.

It is believed that the site where the Huaca Pucllana is located was home to several smaller pyramids and plazas. The smaller structures are thought to have grown over time, as each new generation added to them.

The administrative center of Huaca Pucllana was composed of several patios, platforms, and storage facilities.

Scholars argue that the Pyramid was mostly used as an administrative site for the irrigation zone of the city.

The entire pyramid complex is divided by a large wall that was built, running from north to south.

The site was also home to spaces most likely used by the ancients as meeting spots, storage rooms, and other production-related activities.

The western part was the religious center and is home to the Pyramid, which rises 22 meters into the air.

The Huaca Pucllana, which is more than 400 meters wide, was built with adobe bricks stacked horizontally on top of each other.

The Huaca Pucllana, much smaller in size than the Great Pyramid of Giza, was a tremendous engineering feat of ancient times.

The Pyramid was most likely visible from several miles away when it was complete, some 1,500 years ago.

Today, it stands as evidence of the ingenuity and architectural complexity of pre-Columbian civilizations and developed cultures inhabiting the American continent long before the Europeans set foot on the New Continent.

The entire site shows the region’s rich history, spanning back to a time long before the Inca rule of the region.

Looking at its size, complexity, and history, one cannot help but stand awestruck by the Huaca Pucllana’s irradiating beauty, which in many images looks almost as if it was built by Minecraft builders in the real world.