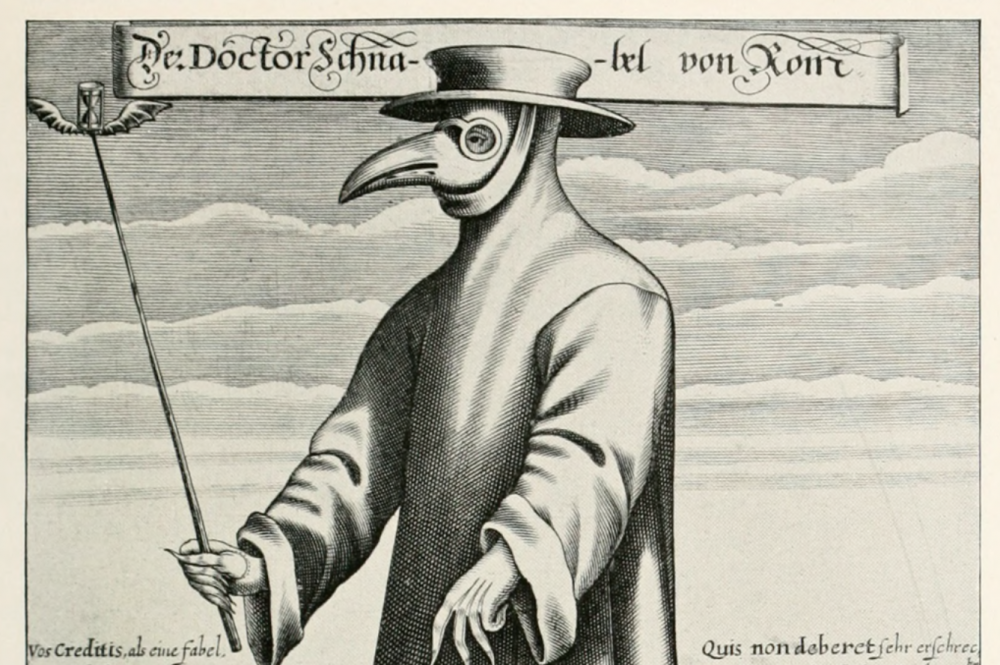 Plague doctors are a frequently discussed topic, but there are many misconceptions about their role and work. Their popularization in books and movies has led to a completely wrong assessment, which presents them as almost mythological figures.

The world experienced many pandemics and plagues during the Middle Ages and the centuries after, which greatly helped the development of medicine and the emergence of various types of doctors.

Probably the best-known doctors of the Middle Ages are the so-called Plague Doctors. It is curious how wrong the general perception about Plague doctors is and how little people actually know about these mysterious historical figures.

The original Plague doctors did not have the famous protective suit

Here is the most common misconception – that all plague doctors wore the famous protective gear that we so often see on Halloween masquerade balls.

No, this costume was only created in 1619, many centuries after plague doctors emerged. As a matter of fact, these medical authorities had no such protection during the deadliest Black Death plague in the 14th century.

It was only after the progress in medicine during the 16th and 17th centuries that doctors realized the dangers of polluted air and searched for trustworthy protection. Although their methods weren’t as effective as they believed they were, which was proven by modern research and testing, we have to appreciate their efforts.

The famous Plague doctor beaks were used for air filtration

Would you trust a doctor wearing this kind of depressing costume in the 21st century? Most likely not but this post-Medieval costume signaled the profession of the doctor.

As for the famous beaked mask, so commonly sold as a souvenir in shops nowadays or as a Halloween mask, it had a logical purpose. Unfortunately, wasn’t as effective as people thought back in the day.

The long beaks were supposed to purify the air that plague doctors inhaled. They were filled with a plethora of herbs and drugs including mint, rose petals, cloves, and a bunch of other aromatic alternatives.

Honestly, I cannot imagine lasting long if I had to breathe in all these strong aromas with each inhale. But, even if it did not protect them from the bacteria, it at least made the smell of dead bodies more bearable.

Their canes had a variety of purposes including communication

The most obvious reason why plague doctors had canes is the ability to examine patients from a certain distance. Especially with people in terrible conditions or already dead, it was a good way to remain at a distance and give your final verdict on the case.

Moreover, you can imagine how desperate a dying person can be. Maybe you cannot but try to imagine being infected with a much deadlier disease than Covid-19 without any chance of survival with the undeveloped medicine of the 17th century. In other words, the canes served for protection in case the patients attacked the doctor or so.

Last but not least, beaked masks made communication almost impossible. With the help of their canes, plague doctors were able to show signs or point directions for their helpers.

Did Plague doctors treat everyone or only the rich?

First of all, plague doctors were public servants. This meant that they were to be hired by local authorities or in fact, the rich. A common misconception suggests that only wealthy people could afford the services of a plague doctor while the poor suffered without a cure.

The reality is that most plague doctors were commissioned by cities and villages to treat all citizens as the poor made the working class and the wealthy could not afford to lose working hands.

In most cases, plague doctors charged high fees that were beyond the capabilities of the poor. Nevertheless, many doctors provided their services for alternative payment methods including free housing, food, and expenses.

All in all, we can generally presume that the position of a plague doctor was a well-paid risk. And while mortality of plague doctors in Medieval times was high, it surely decreased after the introduction of the famous costume.

They had a variety of other responsibilities besides treating sick patients

The daily shift of a plague doctor involved a variety of activities besides the actual treatment. As mentioned above, they were public servants and in most cases, commissioned for the treatment of entire cities.

Therefore, plague doctors had additional responsibilities. Not only did they treat patients but they were also responsible for burying the dead ones. Furthermore, they had to keep a record of all patients, whether dead or alive.

Perhaps the most curious responsibility involved documenting the last words and wishes of the dying. While they were not responsible to fulfil the dying wishes, it often led to summoning in courts to testify for those dying wishes. As you can probably tell, this further complicated their profession.