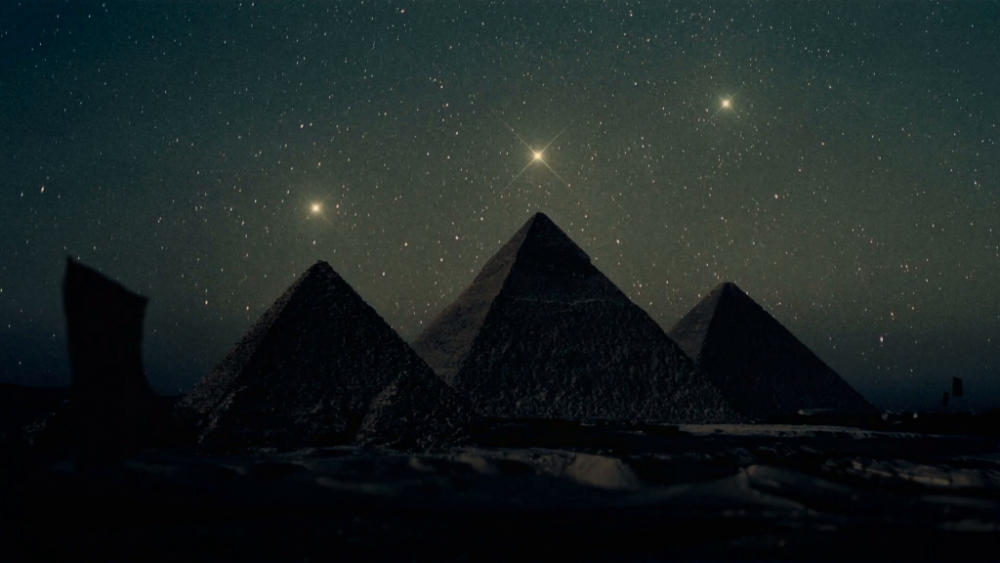 Some of the very first pyramids ever built in Egypt never served the function as tombs.

Several decades before the Ancient Egyptians kick-started the largest construction process in their history, a Pharaoh of the third dynasty built pyramids in Upper Egypt. During the old Kingdom, the small step pyramid at South Edfu was built but did not follow traditions set forth by Pharaoh Djoser.

The 4,600-year-old pyramid is one of seven such structures that date back to the Old Kingdom, situated outside of the royal cemeteries.

Archeological missions have revealed identical smaller pyramids near several provincial centers in ancient Egypt, such as Elephantine, Abydos, Hierakonpolis, Naqada, Zawiet el-Meitin near Minya, and Seila in the Fayum.

But if you thought that these structures were just ordinary pyramids, just as all other pyramids in Egypt, you are wrong.

The Pyramidomania in Egypt started around 2,700 BC when the builders of ancient Egypt evolved mastabas and redesigned how the tombs looked. It was a process that lasted several hundred years, during which the builders revolutionized their building techniques and skills.

Eventually, massive stone buildings began to be built, as ancient Egypt was growing economically, socially, and religiously. The prosperity of the land of the Pharaohs saw numerous changes, and the ancient Egyptian civilization introduced different improvements into their society.

But before the pyramidomania that took over ancient Egypt came Djoser,  pharaoh of the 3rd dynasty during the Old Kingdom and the founder of this epoch. Though to have ruled either 19 or 28 years, the step pyramid at Saqqara is attributed to him.

The 6-tier, 4-sided pyramid is the earliest colossal stone building of ancient Egypt. The “proto-pyramid,” as it is usually referred to, was ancient Egypt’s earliest large-scale cut stone construction. It was an architectural revolution, and Egypt was testing its capabilities as a stone-building civilization. Previous generations did not even dream of something similar. Still, Pharaoh Djoser made it possible together with his royal vizier and architect Imhotep, a man deified in later Egyptian history.

Both Imhotep and Djoser changed Egypt’s construction techniques. They introduced a new, more durable type of building that would continue to be built in Egypt for more than 1700 years. The Pharaoh would live long enough to see is master plan come to life.

The pyramid that Djoser commissioned would eventually dominate the entire landscape of Saqqara. It marks an important period in ancient Egyptian history as it signalizes the departure from previous architecture and introduces new forms of building, setting along the way several important precedents, most important o which is the pyramid’s status as the first monumental structure made of stone, on the land of ancient Egypt.

But the pyramid itself was not as grandiose perhaps as the implications such a large project had. The construction process was a far greater labor-intensive project than any previous monuments built of mudbricks.

It was a glorious time that saw Egypt construct some of the most impressive and mysterious structures on the surface of the planet. It was a pyramidomania that gave birth to structures that would defy history and human reasoning.  The structures that were raised thousands of years ago would wake in the human mind a feeling that was unseen before. Eventually, pyramids became the trademark logo for the ancient civilizations around the globe.

Not only did the ancient Egyptians build pyramids, but cultures all across the globe constructed massive pyramids that would stand the test of time and remind us today that we are missing a massive piece in a global puzzle of ancient civilizations.

Following the construction of the Step pyramid in Saqqara and King Djoser’s reign, the ancient Egyptians did not revert to building mastabas. Instead, the Pharaohs that succeeded Djoser attempted to build their own pyramids.

Pharaoh Sekhemkhet, either Djoser’s eldest son or brother, succeeded Djoser and built the “Buried Pyramid,” an unfinished step pyramid. the Pyramid of Sekhemkhet is thought to have been modeled after Djoser’s step pyramid and is located a few hundred meters to the southwest.

The Pyramid was supposedly intended to surpass the Pyramid of Djoser in terms of height and total volume. Still, the construction phase barely made it above the ground with only one step being finished, which is why the pyramid is dubbed the “Buried Pyramid.”

Nebka took the throne after Sekhemkhet and is believed to have commissioned the so-called Unfinished Northern Pyramid of Zawyet El Aryan. Although debated, some Egyptologists argue that the name of Nebka is inscribed in the unfinished pyramid, meaning that Nebka most likely commissioned the pyramid. The pyramid was never finished, and Egyptologists argue it may have been an attempt of building a true pyramid.

After Nebka, Teti took the throne of Ancient Egypt and commissioned the Layer pyramid, a ruined step pyramid similar in design to the buried pyramid of pharaoh Sekhemkhet.

But neither Sekhemkhet, Nebka, nor Teti managed to build a pyramid.

There is no evidence that neither the pyramid of Sekhemkhet, Nebka, nor Teti was intended as tombs. This would mean that all three attempted pyramids drew away from Pharaoh Djoser’s idea of a pyramid as a tomb.

Then came Pharaoh Huni to the throne, and things changed drastically. He was the last pharaoh of ancient Egypt’s third dynasty reigning over Egypt for 24 years until 2,600 BC.

Pharaoh Huni is credited with building successful pyramids in Egypt after numerous previous failed attempts by his predecessors.

The pyramid at Edfu, which was found in 1894 is located 800 kilometers south of the Giza pyramids is one of seven nearly identical pyramids built in nearly the same time in early provincial centers in upper Egypt, including Elephantine, Abydos, Hierakonpolis, Naqada, Zawiet el-Meitin near Minya, and Seila in the Fayum.

All seven of these pyramids ignore the previous attempts made by Pharaohs that succeeded Djoser and draw their design directly from Djoser’s Step Pyramid. Evidence of that is the stepped shape of the pyramids. But the pyramid of Edfu has one important difference: it was never a tomb, while Djoser’s pyramid is generally acknowledged as one.

Like other provincial pyramids, the Pyramid of Edfu was discovered lacking a burial chamber.

Near the pyramid, archeologists have discovered the stone foundations of what is believed to have been a small shrine or offering chapel, which suggests the monument was most likely used for the royal cult of the Pharaoh.

But the most important thing is that archeological excavations have yielded no evidence whatsoever that suggests the provincial pyramids were used as tombs.

And if there isn’t any evidence that the pyramids following Djoser’s reign, all the way to Huni were used as tombs, how much do we actually know about the purpose of the first pyramid in Egypt, Djoser’s Step Pyramid?

Is it really possible that the Step pyramid was built as the Pharaoh’s tomb, and the next 4 attempted pyramids were not used as tombs?

Not only that, but the pyramids constructed by Huni like the pyramid of Edfu were also not a tomb, nor were the six remaining provincial pyramids.