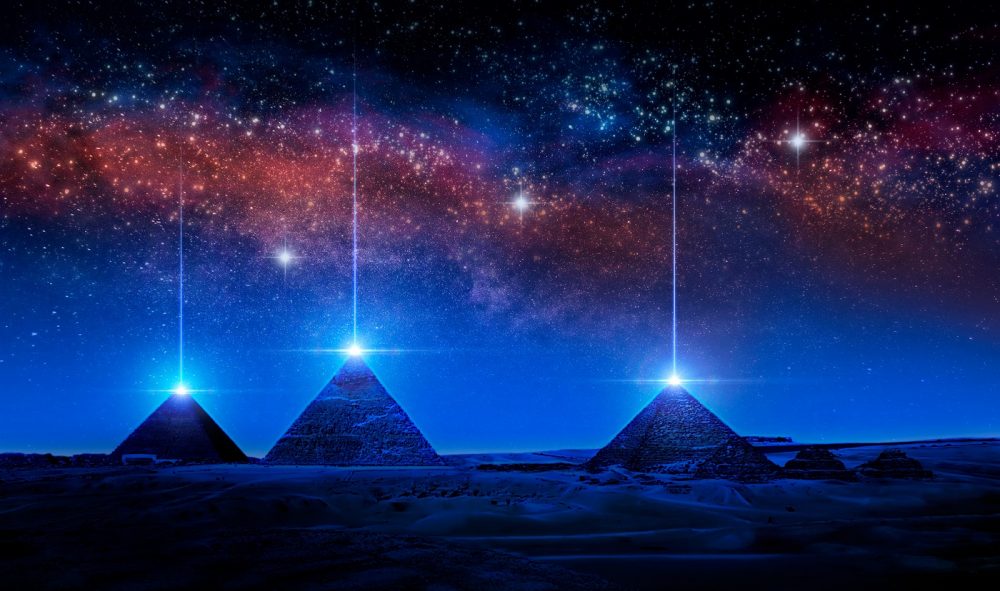 Although reference to their construction is nonexistent, and there are no blueprints left behind by the builders of the pyramids of America, Africa, or Asia, their message was conveyed through their monuments, through the pyramids, and their legacy is written in stone.

According to Greek historian Herodotus, the ancient Great Pyramid of Egypt was built in no more than 20 years. To complete the project, it was said that the Egyptians hired hundreds of thousands of workers; estimates suggest that anywhere between 100,000 and 150,000 people participated in the construction of the Giza pyramid.

Mainstream Egyptologists argue that the numbers were lower and that the Great Pyramid of Giza—the only standing ancient wonder of the world—although built in around 20 years, saw no more than 20,000 people participate in the construction process at a given time.

Whether it was 100,000 people or no more than 20,000 workers, the Great Pyramid is a true ancient wonder, not only because of its incredible size but because everything related to it is a wonder of its own.

It has been estimated that the Great Pyramid of Giza weighs around 6.5 million tons and that it was built with around 2.3 million blocks of stone. There are stones in the pyramid that have a weight of more than 20 tons. Egyptologists have calculated that the builders of the Great Pyramid made use of 5.5 million tons of limestone, 8,000 tons of granite (from Aswan), and more than 500,000 tons of mortar.

All of this while building the pyramid without knowledge of the wheel or even the pulley.

The ancient builders of the pyramid managed to complete a monument that modern architects and engineers would have a hard time replicating, despite having sophisticated tools and machinery.

The ancients did it, according to Egyptologists, with the most primitive of tools. The builders of the pyramids, especially the Great Pyramid of Giza, managed to transport supermassive blocks of stone, weighing several dozens of tons from quarries located 800 kilometers away from the pyramid’s construction site. That’s pretty impressive on its own. How such supermassive stones were moved in ancient times is debatable.

It has been claimed by Egyptologists that the pyramid builders made use of no better tools than sticks and stones, and a few bronze and copper instruments. They argue that the massive stone blocks were dragged across the desert, by thousands of people pulling one block, and that some of the stones were transported up the Nile River, from distant quarries to the construction site.

These were then offloaded and moved to land, where people would again pull the stones towards the pyramid, and then using ramps, move the stones upwards eventually building a pyramid of more than 130 meters in height.

And while all of this is theoretically possible we are left awestruck by the fact that there is not a single ancient text that has been found to describe how the Great Pyramid of Giza—or for that matter any other pyramid—was built in ancient times. I am not implying this was done via advanced technology, but it is fascinating that there’s a complete lack of texts that describe the process.

It comes as a surprise that a civilization that is well-known for being excellent record keepers did not seem to have been interested in documenting the process involved in quarrying, transporting, and building the pyramid.

There are no ancient texts that mention how the massive stones were dragged up the pyramid, whether by ramps or by means of machines, as noted by the Greek historian Herodotus.

Whatever the case, the pyramids are a true ancient wonder. The Great Pyramid is perhaps the best Egyptian example; the builders constructed a supermassive structure that would endure for thousands of years.

Times went on, history wrote itself, wars were waged, cultures rose and fell, and eventually, the land of the Pharaohs was no more.

But although ancient Egypt’s history was slowly buried beneath the golden sands, its massive structures—the ancient pyramids—would remain for future generations to see and admire. To see and learn. To see and question.

The Pyramids are perhaps the greatest legacy left to us by ancient civilizations.

Not only did the ancient Egyptians build them, but ancient civilizations around the planet would eventually build pyramids during their civilization’s lifespan.

Pyramids were built everywhere, and some of them challenge our very understanding of ancient civilizations.

Take the Egyptian pyramids for example.

These massive structures were so well built that not only did they survive for thousands of years in relatively good conditions, but these structures were constructed with such precision and quality that they can easily be appreciated from space.

But pyramids come in all shapes and sizes. There are massive pyramids, and there are those that are barely visible.

Not far from Cholula are a series of pyramids that are considered some of the most complex, largest, and mysterious ever built. Located in the ancient city of Teotihuacan, the pyramids are intricately aligned along the so-called avenue of the dead. The Pyramids of Teotihuacan are some of the most magnificent examples of early pyramids in Mesoamerica.

To the south, in Central America lay the remnants of more examples of stunning pyramids. Take for another example the ancient Maya city of El Mirador, and its towering pyramid temple known as la Danta. This massive temple rises to a height of around 72 meters and consists of a total volume of around 2,8 million cubic meters, which makes it even larger than the Great Pyramid of Giza.

Notice the incredible size of these pyramids. Notice that these massive structures were built to last.

Other lesser monuments were also built throughout history, but pyramids have stood the test of time. Civilizations came and went, but the pyramids prevailed.

And although reference to their construction is nonexistent, and there are no blueprints left behind by the builders of the pyramids of America, Africa, or Asia, their message was conveyed through their monuments, through the pyramids, and their legacy is written in stone. 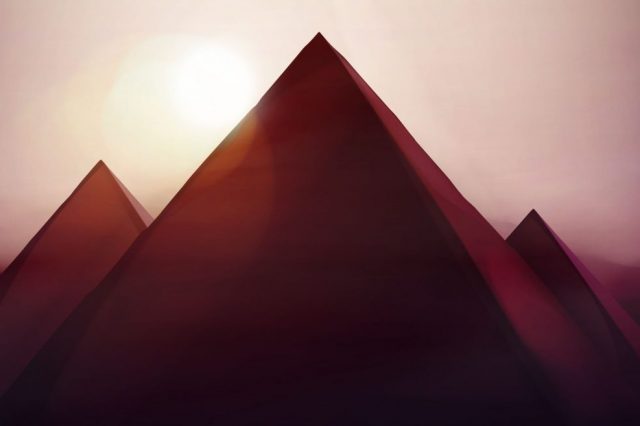 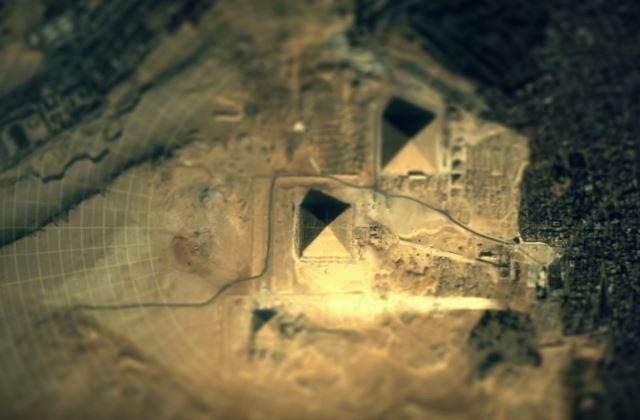 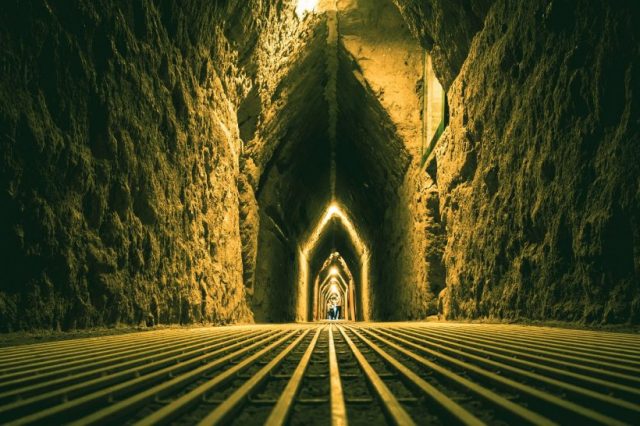 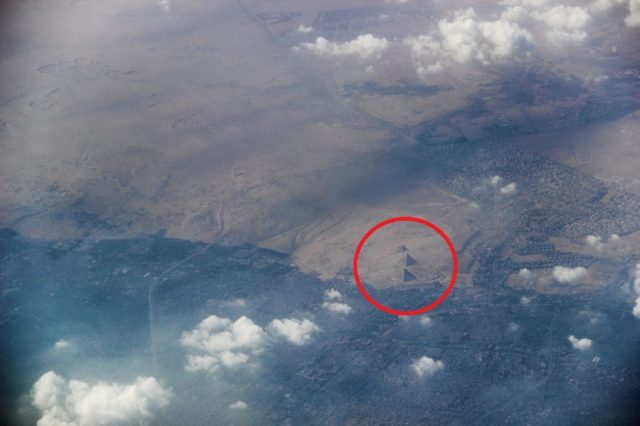