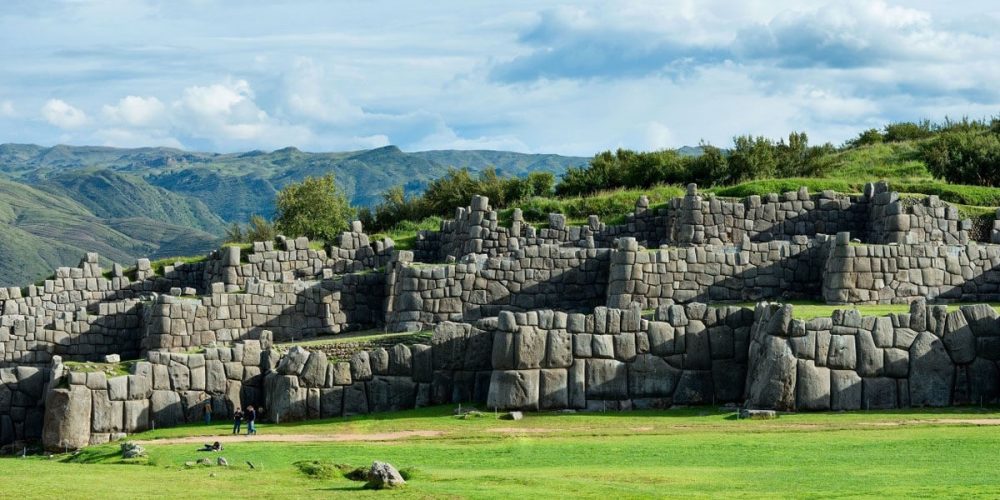 Sacsayhuaman is a testimony not only to the mastership of the Inca architects and builders, but also to their intentions to protect their capital utilizing smart defense tactics.

The fortress-temple complex of Sacsayhuaman, located at the borders of Cuzco, the capital of the Inca Empire, is yet another testimony to the advancement of the Inca civilization and their architectural abilities.

While it may not appear as impressive as other remains from this Pre-Columbian culture, it is one of the most important archaeological sites in Peru that has the potential to remain intact for all eternity. Perhaps this sounds exaggerated, but Sacsayhuaman has been built to last.

1. Sacsayhuaman was the largest Inca structure

Although many great Inca cities exist, Sacsayhuaman was the largest single structure built by the Incas. Built on the northern border of the former capital Cuzco, the fortress includes three layers of enormous stones matched to perfection.

2. Historical accounts claim that more than 20,000 laborers worked on the fortress

The Incas were more than just conquerors – they had established a perfect system to control the cultures under their rule. Most of the mentioned laborers were drafted from the peoples they conquered. They were divided and given different duties – quarrying, transportation, and building.

3. Construction continued during the reign of several subsequent rulers

The foundations of Sacsayhuaman were placed during the reign of the first Inca Emperor, Pacachuti, who is also behind the creation of the famous Machu Picchu. However, the construction during his reign included only clay and mud while the large stone blocks we see today were placed years later.

4. The curious polygonal blocks were made to endure earthquakes

As you surely know, Sacsayhuaman is made from enormous polygonal blocks, far different than what we usually see in monuments around the world. Scholars believe that this was made to reduce potential damage from earthquakes. After all, the region of Peru is truly seismic, and judging by the way Inca structures have lasted, their architectural mastership is unprecedented.

5. The stones were quarried and pounded into shape using harder stones and basic bronze tools

The most advanced tools Incas had were made from bronze. Most of the stone blocks in Sacsayhuaman have clear marks from pounding which means that the Incas did not cut them but instead, used harder stones to pound them into shape. It is absolutely astonishing how they achieved such perfect curves and angles, and how each stone was exactly matched to the ones next to it. You can hardly even put a knife between the blocks.

6. Stones were processed right before being placed in Sacsayhuaman

While the stone blocks were quarried from different locations, the final processing was done on-site near the fortress. This is evident from the unfinished stones found in nearby quarries. After they were transported, builders had the task to work on them and set them next to or above the previous stone. Once placed, they used sand or grinding stones to polish the surface although signs of the pounding are still visible.

7. The zigzagged design of the fortress was made on purpose for defense

This rare design for a fortress provided important defense capabilities for the Incas. The placement allowed the Incas to catch their enemies in crossfire, something impossible with straight walls.

8. Sacsayhuaman’s longest wall is about 400 meters in length

Sacsayhuaman was built in three levels or terraces, receding backward in the natural landscape. The lowest wall is also the longest, measured at about 400 meters long.

9. It was built to mimic the mountain range behind Cuzco

The clear intentions to mimic the contours of the mountains behind the capital are particularly visible in the shadows that the sunlight shapes. Just like the peaks and valleys form triangular shadows, you can see the same below the zigzagged terraces of Sacsayhuaman.

10. Sacsayhuaman was rarely used as a fortress

Although Sacsayhuaman was clearly intended as a defense fortress, the Incas rarely suffered invasions which is why the fortress had many other purposes. It is said that it once housed more than 30,000 citizens and had everything a normal city needs to thrive. It housed several important temples and the main storage depot of the capital.

Following the Spanish conquest and the fall of the Inca Empire, many of the stones were re-used for churches and colonial buildings. This means that the 6-meter high walls of Sacsayhuaman we see today were once either much higher or the fortress itself was significantly greater in length.