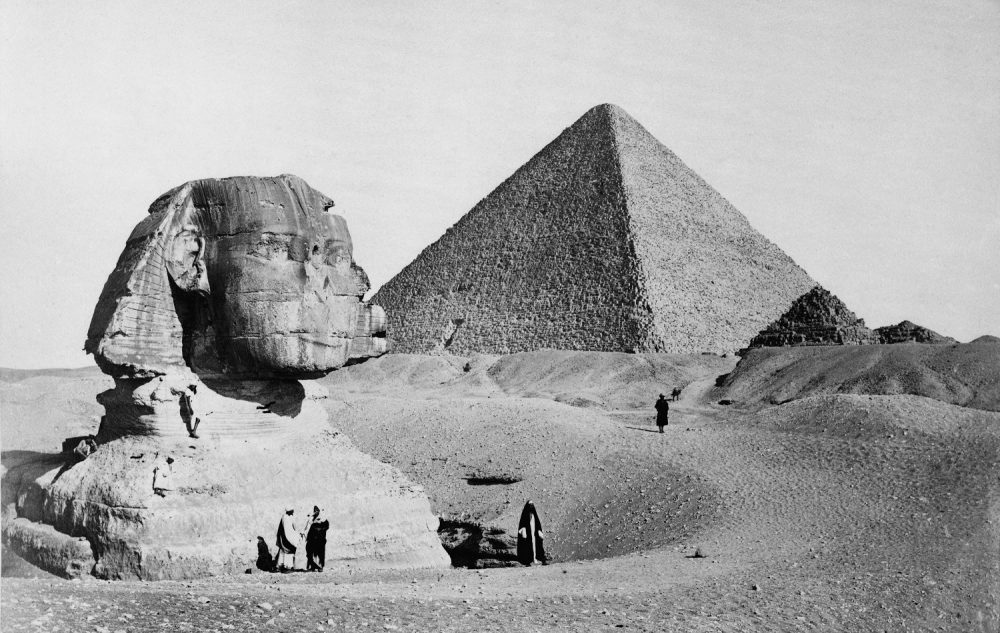 Take a moment of your time and immerse yourself in these stunning, vintage images, and feel your soul travel back in time, visiting the pyramids and Sphinx, and seeing them as you've probably never seen them before.

Ancient Egypt, the land of the Pharaohs, the land of golden sands, Pyramids, temples, ancient cities, breathtaking legends, and mythologies.

I think of Egypt as a massive ancient encyclopedia.

And when you think about it, I mean… what doesn’t Egypt have when it comes to history? This ancient civilization was, without a reason of a doubt, one of the most impressive, advanced, and striking civilizations to ever call this planet home.

Thousands of years ago, they made the impossible possible, when they erected some of the largest stone structures the world has ever seen.

Just take a look at the pyramids. And I don’t necessarily mean the Pyramids at the Giza Plateau.

Egypt has more than 80 known pyramids, although some experts argue they number in the hundreds.

Interestingly, most of the ancient Egyptian Pyramids are located west of the Nile River. This isn’t a random feature. It is no surprise that the ancient Egyptian Civilization was a people who highly regarded both symbolism, as well as superstition. Many of the locations of their tombs, temples, and pyramids were greatly influenced by these factors as well as mythology.

As their eternal resting places, the ancients believed that the Pyramids where the Pharaohs should reside and where their souls could begin their journey to the afterlife should be near the Nile River. The afterlife and the Sun (Aten) were of great importance to this ancient culture.

Having that said, Osiris was one of their most prominent deities and was heavily connected to the afterlife. Osiris was an ancient Egyptian god which also represented the strength of new life.

Eventually, Osiris was associated with the cycle of the sun, the Aten, and how it brought new growth and new life. Without the sun, nothing could live, and the ancients understood that in a sensational way that eventually was intertwined deep inside the very roots of their culture.

This association brought new meaning and the setting sun symbolized death, and for the ancient Egyptians, the sun “died” in the west each night.

Because of that, the soul of the Pharaohs, located inside the pyramids according to Egyptologists, were meant to bind with the setting sun, before rising again early in the morning.

This was their way of explaining eternal life.

Therefore, by constructing the pyramids to the west of the Nile, the Pharaohs lived in the area that mythologically or metaphorically denoted death.

But enough about the pyramids, the Sphinx, and the pharaohs.

Here, we have gathered 20 rare, vintage images of the ancient Egyptian Pyramids, the Great Sphinx, that you likely have never seen before.

Take a moment of your time and immerse yourself in these stunning, vintage images, and feel your soul traveling back in time, visiting the pyramids and Sphinx, and seeing them as you’ve probably never seen them before.

Did you enjoy this article? Help us spread the word and share it with your friends and family.