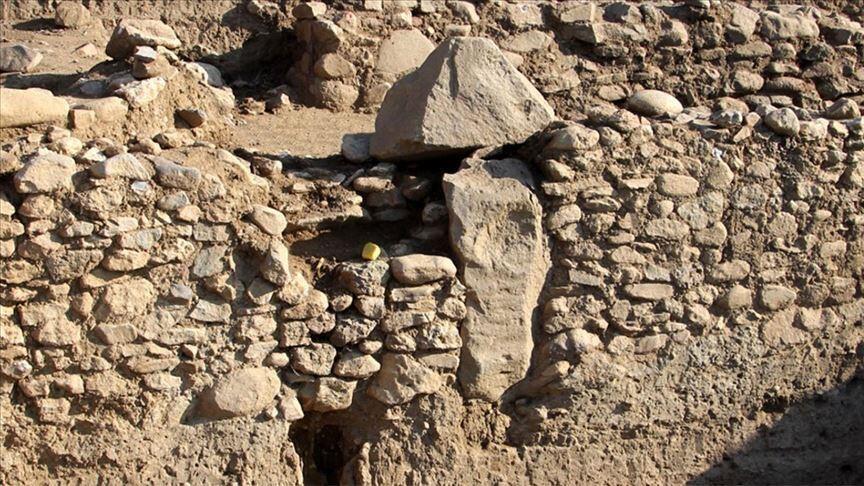 It bears resemblance to Gobekli Tepe.

Archaeological excavations in Turkey continue unearthing an extremely rich history that has remained buried beneath the surface for thousands of years.

Not long ago we reported about the discovery of a Göbekli Tepe-like monument that was discovered in southeastern Turkey’s Mardin province. The temple which dates back around 11,000 years looks eerily similar to Göbekli Tepe, an ancient temple complex built more than 12,000 years ago and considered the birthplace of ancient civilization and the oldest temple on the surface of the planet.

Now, in addition to the structure unearthed in Turkey’s Mardin province, an archaeological mission has unearthed an ancient structure in northwestern Turkey which is believed to be around 8,800 years old.

Ay explained by the  Anadolu Agency, archaeologist and the head of the excavation team Burcin Erdoğu from Trakya University believes the structure, which resembles Göbekli Tepe in terms of design, most likely dates back to around 6,000 BC.

Previous archaeological excavations at the Uğurlu-Zeytinlik mound had revealed a 7,000-year-old monument complex.  The new discovery of the 8,800-year-old temple is expected to shed light on the history of the region, as well help experts understand the possible connection this temple, and other similar may have had to the most famous ancient temple of all, Göbekli Tepe.

“This structure is an important discovery both for the Aegean islands and western Anatolia,” explained Erdoğu. The t-shaped monument was identified as being an obelisk; a tall four-sided structure ending with a pyramidion.

Composed of two distinct pieces interconnected by massive seven-meter long walls, the structure resembles the standing stones at Göbekli Tepe. Understanding the newly-found temple could help shed light on the history of the region.

Erdoğu revealed that public structures such as the newly-found temple complex were thought to have been disappearing throughout the Near East.

“The monumental structures seem like part of an area where people gathered and held some activities and rituals,” the archeologist added.

Göbekli Tepe is considered the first temple ever built on Earth. Dating back nearly 13,000 years, the ancient site located in present-day Turkey is currently made up of 200 pillars enclosed in 200 circles.

Each of the pillars at Göbekli Tepe has a height measuring up to 6 meters. Their weight is extraordinary; surveys have revealed that each of the stones at Göbekli Tepe weights around 10 tons. These were fitted into man-made sockets that were hewn out of the bedrock.

The exact purpose and function of Göbekli Tepe remain a mystery. Excavations at the site have been ongoing since 1996. Nonetheless, the temple’s largest parts remain hidden beneath the surface.

The most accepted view is that Göbekli Tepe is a kind of stone-age mountain sanctuary; a pilgrimage destination that may have attracted visitors from distances up to 150 kilometers away.

The site is unique for a number of reasons but mostly because there are no comparable monumental complexes from its time. If indeed the site was built by hunter-gatherers as some researchers believe then it would mean that the ability to erect monumental complexes was within the capacities of these sorts of groups, which would overturn previous assumptions.