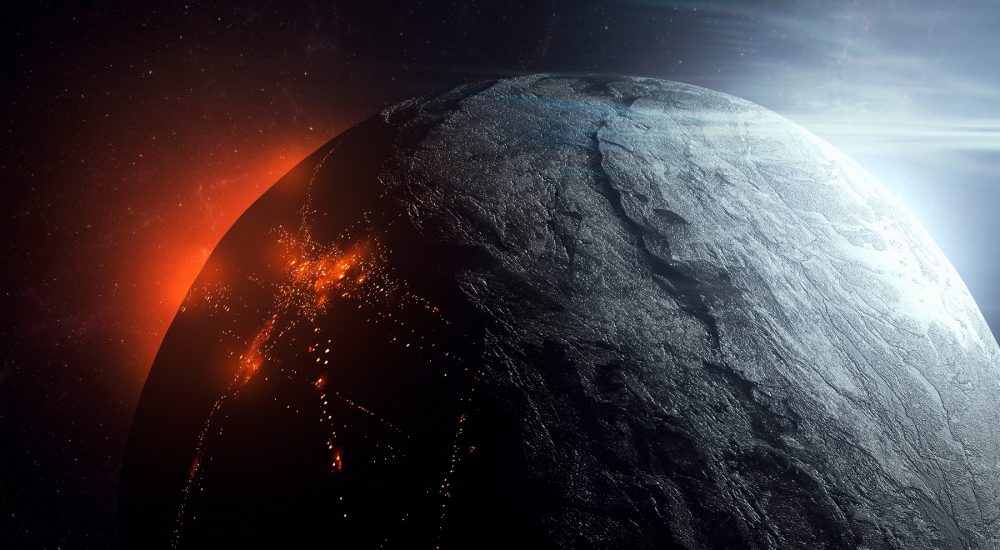 A study published in the Astronomical Journal suggests that aliens may have colonized the Milky Way Galaxy, and probably visited Earth by now.

According to a scientific study, the Milky Way may be full of alien civilizations that have already visited Earth.

So far, numerous researchers have tried answering Fermi’s paradox. They have done it in the most varied ways: assuming that all intelligent life forms outside the Earth are aquatic and live in the ocean depths (and therefore do not know spaceflight).

Scientists have also come up with the so-called “zoo hypothesis,” according to which the Milky Way’s advanced societies have decided not to contact us for the same reasons that we try not to contact some of the most isolated indigenous populations on Earth to protect them.

However, none of those solutions had taken into account, so far, that everything in the galaxy is in continuous motion. Similarly, the planets orbit around the stars, also the stars, with their planets in tow, orbit around the galactic center. Our Solar System, for example, completes an orbit every 230 million years.

Therefore, a study published recently in the Astronomical Journal reveals that if civilizations arose in very remote star systems, as is like ours, which is located in a sparsely populated area of stars, near the edge of the Milky Way, it would not be a bad idea to “shorten the trip” and wait until their orbital trajectories get close enough to the new habitable worlds to allow ships and settlers to be sent there.

Once established in the new system, the aliens could repeat the play and wait, again, to be at an optimal travel distance to take a new leap. And so on.

In such a scenario, alien civilizations would not simply launch across the galaxy. Still, they would wait long enough for their star to approach another system with a habitable planet orbiting its star.

If that “long enough” translates to a billion years, we have a potential solution to the Fermi Paradox.

In other words, this would mean that habitable worlds are so scarce that it would be necessary to wait, in fact, longer than a civilization endures before one of them gets within reach.

To get to the bottom and understand under which circumstances aliens exist in the galaxy, the scientists used mathematical models to simulate how an advanced civilization could spread across the confines of our galaxy. To do that, they factored in several possibilities for the hypothetical alien civilizations’ proximity to new solar systems, the range, and speed of the interstellar forces, as well as the launch rate of the probes themselves.

“We tried to come up with a model that would involve the fewest assumptions about sociology that we could,” Jonathan Carroll-Nellenback, a computational scientist and the study’s lead author, said to Business Insider.

But, part of the difficulty with modeling the galactic expanse of alien civilizations is that we’re dealing with only one data point: us. So, all our forecasts are based on our own behavior. But, despite having this limitation, the scientist discovered that our galaxy, the Milky Way, is most likely filled with settled star systems that we haven’t even discovered yet.

“Every system could be habitable and could be settled, but they wouldn’t visit us because they’re not close enough,” Carroll-Nellenback said, though he added that just because that’s possible doesn’t make it likely.

We’ve got a long way to go to explore the universe. So far, we’ve discovered a little bit over 4,000 exoplanets, and we’ve not been able to tell whether any of them is home to alien life.

Then again, we haven’t looked everywhere. For example, astronomers have estimated that there are more than 100 billion stars in the Milky Way Galaxy alone, and there could be 5 to 10 times the number of planets.

In fact, one recent study has proposed that there could be as many as 10 billion Earth-like planets out there.

The researchers explained that “suggesting that none of those solar systems and exoplanets are inhospitable is like looking at a pool of ocean water and saying there are no dolphins, and then concluding that the entire ocean has no dolphins.”

Another fundamental argument to consider is what astrophysicist Michael Hart called the “A Fact” when in a 1975 paper, he argued that there had been plenty of time for aliens to colonize the Milky Way. Fact A tells us that: “There are no interstellar visitors on Earth now, and there is no evidence of past visits.”

But just because there aren’t any aliens on Earth right now, and we’ve not encountered conclusive evidence of them ever being on Earth, doesn’t mean they were never here.

The new study researchers argue that if an extraterrestrial civilization visited our planet millions of years ago, there could be no remaining signs of their visits. Our planet is 4.5 billion years old. So you can imagine that in one million years, a lot of things change.

Because of that, and as pointed out in earlier studies, there may not be enough evidence of r us to detect past ancient alien visitations.

It is also entirely possible that aliens have passed by Earth numerous times but decided not to visit us. This possibility is referred to in the recent paper as the Aurora Effect, explains Business Insider.

There is also the possibility that extraterrestrials may not want to visit a planet with already developed life.

Whatever the case is, the astronomers concluded that by considering all of the above factors, it is very likely that advanced extraterrestrial civilizations settled only a fraction of the habitable worlds that they may have encountered across the galaxy. If there are truly enough habitable worlds out there, numerous alien civilizations could have spread across the galaxy by now.

Of course, scientists in this study failed to consider that alien life could be very different from what we assume. Totally different from life on Earth, there could be alien organisms out there that need a toxic environment to thrive.

For all we know, there could be planets that have scorching temperatures and are blasted by extreme amounts of radiation from their stars and still have life on their surface. Maybe there is alien life out there that thrives under these extreme conditions. Of course, aliens could also be robots.

For all we know, alien life could develop on planets that have no atmosphere whatsoever. Cosmic bodies like our moon could be inhabited by strange alien organisms that are unlike anything we’ve ever encountered.