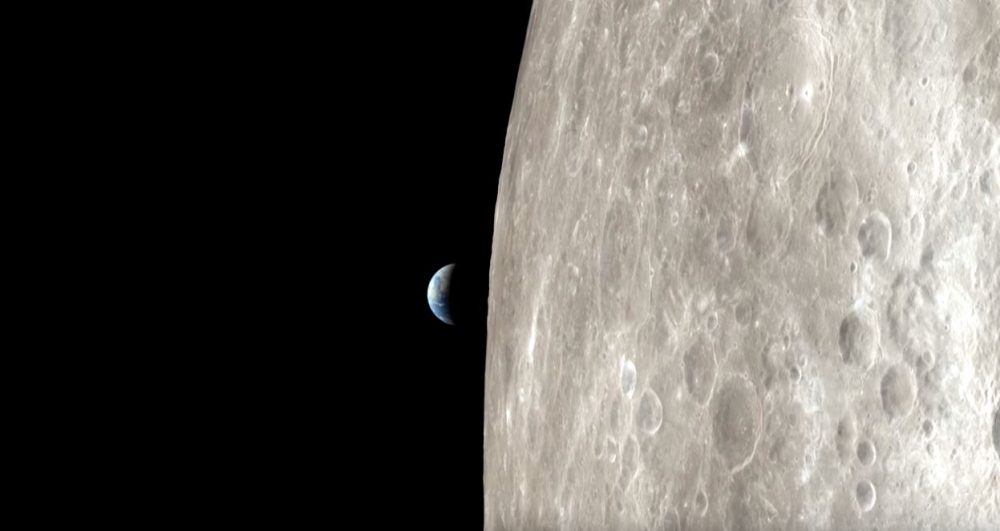 A never-before-seen 4k video showing the Apollo 13 views of the Moon and what the astronauts saw as they visited the lunar far side.

Behold! NASA has released a video of Apollo 13’s views of the moon in 4k, and we can’t stop watching.

Using data gathered from the Lunar Reconnaissance Orbiter (LRO), NASA has created a stunning view of the Moon that the Apollo 13 astronaut saw on their perilous journey around the farside in 1970.

NASA’s LRO is currently orbiting the Moon in an eccentric polar mapping orbit. The data gathered by the spacecraft is essential for planning NASA’s future robotic and manned missions to the lunar surface. The LRO has been studying and photographing the moon for nearly 11 years. The mission was launched on June 18, 2009. It is one of NASA’s most successful lunar missions, and as of 2019, the spacecraft has enough fuel to remain in operation for an estimated seven years.

The video footage shows a 4K view of the lunar surface, staring at the earthset and sunrise, concluding with the time Apollo 13 finally reestablished radio contact with Mission Control on Earth.

Also depicted in the video is the path of the free return trajectory the Apollo 13 astronauts took around the moon and a continuous view of the moon throughout the path.

The views in the videos have been sped up for timing purposes and are not shown in real-time.

NASA’s Apollo 13 mission was the seventh crewed mission of the US American Apollo space program, and the third mission meant to land on the lunar surface.

The spacecraft was launched from the Kennedy Space Center on April 11, 1970. However, the lunar landing was canceled because an oxygen tank inside the service module failed two days into the mission.

This forced Apollo 13 to loop around the Moon, making a risky journey to Earth. Thankfully, after 6 days in space, the spacecraft returned safely to Earth on April 17, 1970.

Accidental ignition of damaged wire insulation inside the oxygen tank caused problems that nearly ended in catastrophe as it was routinely stirred.

The investigation showed that this caused the explosion that vented the4 thanks contents. Thus, oxygen was needed not only for breathing but also for electric power generation. Without oxygen, Apollo 13’s  SM’s propulsion and life support systems could not operate.

Despite the many Apollo 13 problems, the mission was classified as a “successful failure” because of the experience of rescuing the crew. In addition, NASA reported that the mission’s spent upper stage successfully impacted the moon.

Tens of millions of people are thought to have watched the splashdown of Apollo 13 in the South Pacific Ocean on television.