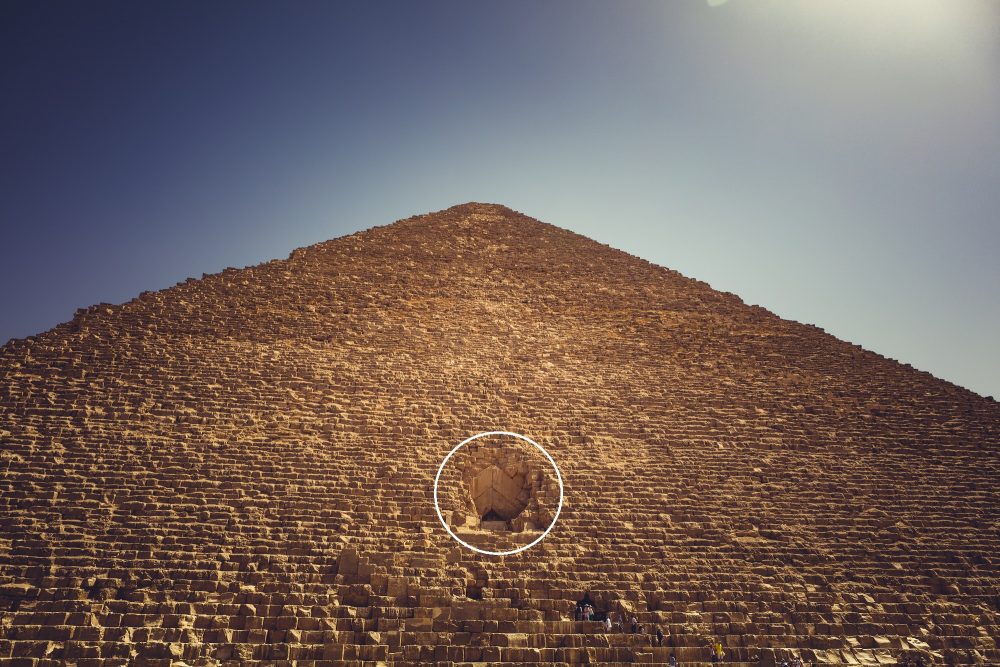 The interior of the Great pyramid is as majestic as its outer core.

Many people have dreamt about traveling to Egypt and seeing the pyramids up close, but few have had the opportunity.

Luckily, you don’t have to travel to Egypt to see what the pyramids’ are like; here are 3 videos that show the interior of the Great Pyramid of Giza.

The Great Pyramid of Giza is one of the most impressive ancient construction ever built by the hands of man. Some 4,500 years ago—according to Egyptologists—a King of the Fourth Dynasty commissioned what would become the most impressive structure on the surface of the planet: a perfect, smooth-sided pyramid so massive, it remained the tallest human-made structure on the surface of the planet for the next 3,800 years or so.

Incomparable, precise, with an otherworldly feel, the Great Pyramid of Giza is a true ancient wonder that has ignited our imagination since time immemorial.

Depending on who you ask, people love the Great Pyramid for more reasons than one. One would say that its sheer size is worthy of astonishment, while another person would say that the history behind it is alone enough for admiration.

Like myself, some admire all of the above but are swept away by the countless mysteries the Great Pyramid still seems to safeguard.

Even though we have explored, surveyed, and excavated the structure, countless enigmas remain unanswered. For example, although it is believed that the Great Pyramid was built around 4,500 years ago during the Fourth Dynasty, we have still not found a single ancient text that tells us precisely what we want to read: when the Great Pyramid of Giza was built, how it was built, and what its exact purpose was.

Granted, ancient papyri dubbed the Journal of Merer refer to the pyramid and the Fourth Dynasty and how limestone blocks were transported from Tura to Giza. Still, just as the stones may have been used for its construction, they may have been used for resetting some of its blocks or for restoration. This isn’t alien to ancient Egyptian culture, as they’ve restored much earlier monuments with care in ancient times.

The Great Pyramid; Older than old?

Take, for example, the Great Sphinx at Giza. The statue is thought to have been carved during the Fourth Dynasty reign of Khafre. This means that for Pharaohs such as Tutankhamun or Ramesses the Great, this monument was already ancient. Ramesses was one of the kings that took care of the ancient statue and restored it around 3,500 years ago.

Therefore, it isn’t that surprising to think of the possibility that the Great Pyramid of Giza was restored and could predate the fourth Dynasty’s reign.

I know that this isn’t so according to mainstream Egyptologists, but I believe it is still a worthy possibility.

Take the Great Sphinx as an example one more time. Sir Flinders Petrie wrote in 1883 about the Great Sphinx and its nearby temples. He explained: “The date of the Granite Temple [Valley Temple] has been so positively asserted to be earlier than the fourth dynasty that it may seem rash to dispute the point.”

Egyptologist E. A. Wallis Budge agreed that the Sphinx predated Khafre’s reign, writing in The Gods of the Egyptians (1914): “This marvelous object [the Great Sphinx] was in existence in the days of Khafre, or Khephren, and it is probable that it is a very great deal older than his reign and that it dates from the end of the archaic period [ circa 2686 BC].

Gaston Maspero, a prominent Egyptologist and the second director of the Egyptian Museum in Cairo, studied the Great Sphinx and its surrounding monuments amply back in 1886. Maspero believed that the Sphinx was “the most ancient monument in Egypt.”

So, if many of the most prominent Egyptologists and archaeologists of the 19th and 20th centuries argued the Sphinx was a monument carved long before the Fourth Dynasty, then, of course, there is a possibility that all three pyramids predate currently set forth timelines, contradicting conventional Egyptian chronology.  So, what if there is just a small, tiny possibility that after all these decades, we’ve still not accurately defined Egyptian chronology?

Pyramid precision at its finest

Whatever the case, the Great Pyramid is a true wonder. It is the only eight-sided pyramid (confirmed) and one of the most precisely aligned on the planet’s surface. With a total volume of 2,583,283 cubic meters (91,227,778 cu ft), it is the largest Egyptian pyramid but not the largest in the world.

In fact, the largest pyramid known to humankind was built in present-day Mexico, in Cholula. A pyramid with nearly two times the volume of the Great Pyramid of Giza stands buried beneath a hill, atop which the Spanish Conquistadores built a church. It is known as the Great Pyramid of Cholula, and it has an estimated total volume of 4.45 million cubic meters.

Although the Great Pyramid may not be the largest on Earth, it is the most impressive workmanship, engineering, and difficulty. Archeological surveys of the pyramid reveal that the pyramid is made out of approximately 2.3 million stone blocks. Studies of the pyramid suggest that its builders made use of a behemoth amount of construction material. Some estimates suggest 5.5 million tons of limestone, 8,000 tons of granite (imported from Aswan), and 500,000 tons of mortar were used. Aswan’s quarries are located more than 800 kilometers (to the south) from the construction site, which means that some of the heaviest stones used in constructing the pyramid were hauled—by means we are still unsure of—across hundreds of kilometers.

How this was done is still debated, although the ancient Egyptians are thought to have used either wooden rollers, sleds, or been massive transport whips that allowed moving the blocks via the Nile River to Giza.

How the stones were raised to such great heights is another mystery, although according to Herodotus, a sort of wooden machine may have been developed and used by the Egyptians to move the stones up and down the pyramid.

Although the exterior of the pyramid is sensational, its core and inside are even so. The Great Pyramid of Giza is the only pyramid known that has both ascending and descending passages. There are currently four known chambers inside the pyramid; the Queen’s Chamber, the King’s Chamber, the Subterranean, unfinished Chamber, and the Big Void, a cavity within the pyramid that remains unexplored, identified by the ScanPyramids project using muon radiography. There’s also the extraordinary Grand Gallery, which leads towards the King’s chamber and the massive granite sarcophagus.

Describing the majestic feeling inside the pyramid with words is difficult, but that’s why we can maybe show it to the reader with these three amazing videos, filmed in the very core of Egypt’s most striking pyramid, the Great Pyramid of Giza.

Videos of the Great Pyramid’s interior:

One of the most impressive videos is this 360-degree video of the pyramid’s interior:

What an amazing ancient structure, right?