A UFO allegedly took control over a freight train, consisting of 70 wagons, and dragged it for more than an hour.

This UFO incident is more than 35 years old and is particularly unique yet it is not being discussed as much as it should. We normally hear about UFOs hovering in the sky or harassing military crafts but how about a case when a UFO dragged a freight train for more than an hour?

Everything you need to know about the UFO incident with train No. 1702

A strange incident occurred on the Petrozavodsk-Suoyarvi railway section in February 1985. A UFO allegedly took control over a freight train, consisting of 70 wagons, and dragged it for more than an hour along the way.

What did the drivers see?

Locomotive driver Sergei Orlov and his assistant V. Mironov reported that they saw an unidentified ball-shaped object moving parallel to the movement of the train. At some point, the “ball” rushed in front of the locomotive, forcing the driver to press the brakes. But nothing happened.

The train did not stop

Orlov and Mironov reported that the train continued to move forward despite their numerous attempts to stop it or at least slow it down. It appeared like something was pulling it forward.

How did they describe the object?

According to the witnesses, the UFO had a correct geometric shape and was about four meters in diameter. Moreover, it moved in complete silence.

When the train was supposed to enter the next station, Orlov contacted the station attendant and tried to describe what was happening. According to her testimony, she saw two objects flying in front of the train – one was a luminous ball and in front of it was a classic disc-shaped UFO, which apparently was not noticed by the drivers due to the ball of light.

The train slowed down when the ball moved away

On two occasions, the luminous ball had to change course in order to avoid a collision. And as soon as it moved away, the train immediately slowed down. Once, however, the UFO would return, the train would also pick up its old speed.

Passing through two stations, the train continued to be pulled by an unexplainable force until, at some point, the so-called ball flew away and didn’t return. This was when Orlov and Mironov were able to stop it completely.

Apparently, the train had saved fuel during the UFO incident

Reports state that the train had saved about 300 kilograms of diesel fuel over the course of the UFO incident. Apparently, Orlov and Mironov had stopped the machine completely while it was being dragged by the mysterious force.

According to the reports, the testimonies of the drivers were later confirmed by the diagrams of the recorders that were installed on the locomotive. Yet, 35 years later, there is still no explanation for the incident and it does sound quite fictional, does it not?

Did you notice the number of the train and the actual date of the UFO incident? The train number is 1702 while the whole thing allegedly happened on 17.02. There are a lot of controversies about this UFO case and it is said that it has become an urban legend that is still being told. But did it really happen or was it the fruit of someone’s incredible imagination? 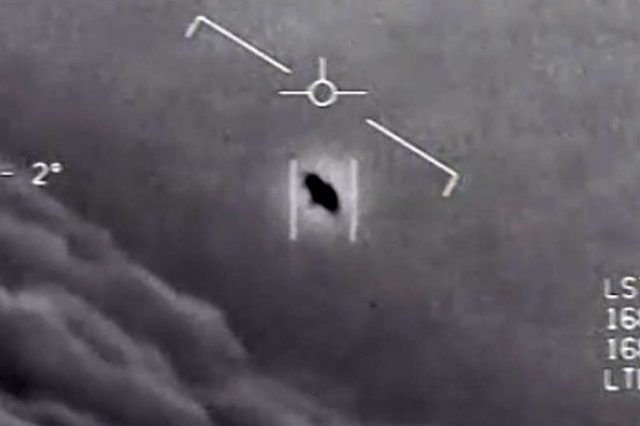