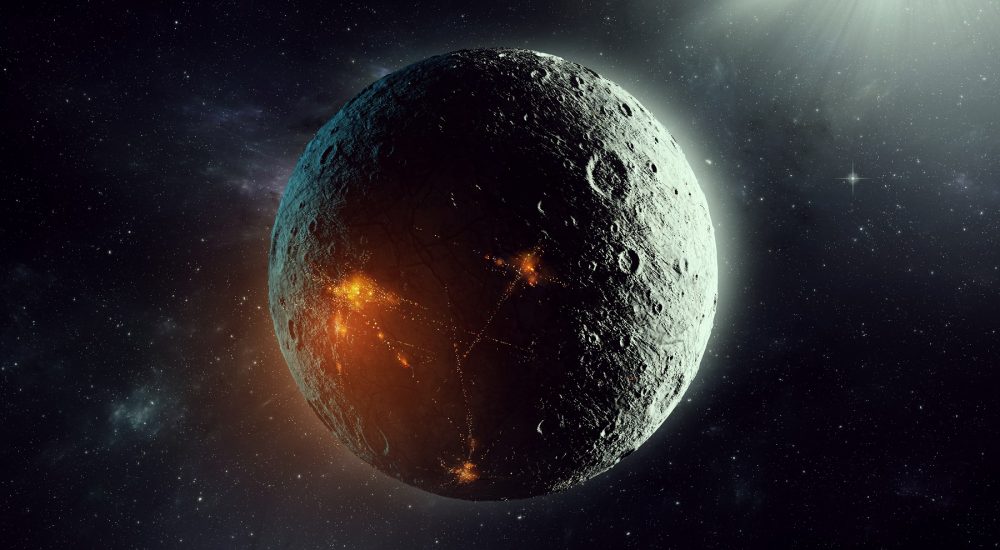 A scientific study has revealed that more than 36 intelligent alien civilizations exist in our galaxy alone, separated by around 17,000 light-years.

For millennia have humans gazed upon the stars, wondering what else is out there, among the distant suns and planets in the cosmos? Are we alone in the universe?

Despite decades of exploring the universe and solar system, we’ve still not been able to fully understand our place in the solar system, let alone the Galaxy and universe.

Now, a new study aims to shed new light on the possibility of other intelligent civilizations existing in the Galaxy with a calculation.

According to researchers from the University of Nottingham, there are likely over 30 advanced, intelligent alien civilizations spread across the Milky Way Galaxy alone.

This, according to their statement, is a major advance over previous estimates that point toward the existence of anywhere between 0 and billions of alien civilizations in the universe.

In recent times, advances in exobiology and more open-minded scientists have tipped the balance towards the possibility that the universe is full of life, looking almost ridiculous at this point to suggest that humans are the only intelligent beings.

However, getting a good estimate of the number of possible civilizations out there has remained challenging in simple equations.

A new study published in the Astrophysical Journal has taken a new approach to come up with a value. Using the assumption that intelligent life forms on other planets in a similar way as it does on Earth, scientists have estimated the number of technological civilizations within our Galaxy capable of communicating. The new study suggests that there could be well over “30 active communicating intelligent civilizations in our home Galaxy.”

“There should be at least a few dozen active civilizations in our Galaxy under the assumption that it takes 5 billion years for intelligent life to form on other planets, as on Earth,” explained Professor of Astrophysics at the University of Nottingham, Christopher Conselice.

“The idea is looking at evolution, but on a cosmic scale. We call this calculation the Astrobiological Copernican Limit,” he added.

Since we haven’t really developed technologies that allow us to tell further out than our solar system, it’s hard to explore our cosmic neighborhood. Moons around gas giants such as Saturn or Jupiter could be home to alien life for all we know. Mars, a planet we are eager to explore and send astronauts to, could also be teeming with microbial life, deep beneath the surface.

We don’t know the truth, and the best we can do right now is to explore our solar system, starting with Mars.

Exploring the Galaxy is another issue limited by our current technological development. Nonetheless, we can use powerful telescopes to peer into the heart of our Galaxy and even look for planets that may be similar to Earth, where life as we know it could have developed just as it has on Earth, with enough time having passed by that the life on the exoplanet developed into intelligent, space-faring life, capable of communication.

“The classic method for estimating the number of intelligent civilizations relies on making guesses of values relating to life, whereby opinions about such matters vary substantially. Our new study simplifies these assumptions using new data, giving us a solid estimate of the number of civilizations in our Galaxy,” the first author of the study, Tom Westby, revealed.

But there are various factors researchers need to take into consideration when calculating.

“The two Astrobiological Copernican limits are that intelligent life forms in less than 5 billion years, or after about 5 billion years—similar to on Earth where a communicating civilization formed after 4.5 billion years.”

“In the strong criteria, whereby a metal content equal to that of the Sun is needed (the Sun is relatively speaking quite metal-rich), we calculate that there should be around 36 active civilizations in our Galaxy,” Westby added.

The new study suggests that the number of potential alien civilizations largely depends on how long they actively send signals of their existence into space, such as radio broadcasts from satellites, television, etc.

But even though these alien civilizations may exist, our Milky Way Galaxy is pretty big. The researchers have shown that the average distance separating each intelligent alien civilization would be around 17,000 light-years, which means that detecting and communicating would be extremely difficult with our present technological development.

The researchers add that the new study offers us much more than just an insight into the number of potentially intelligent civilizations across our Galaxy; it also offers us clues about our own existence and future.

“Our new research suggests that searches for extraterrestrial intelligent civilizations not only reveal the existence of how life forms but also give us clues for how long our own civilization will last. If we find that intelligent life is common, then this would reveal that our civilization could exist for much longer than a few hundred years; alternatively, if we find that there are no active civilizations in our Galaxy, it is a bad sign for our own long-term existence,” Professor Conselice explained.

“By searching for extraterrestrial intelligent life — even if we find nothing — we are discovering our own future and fate.”