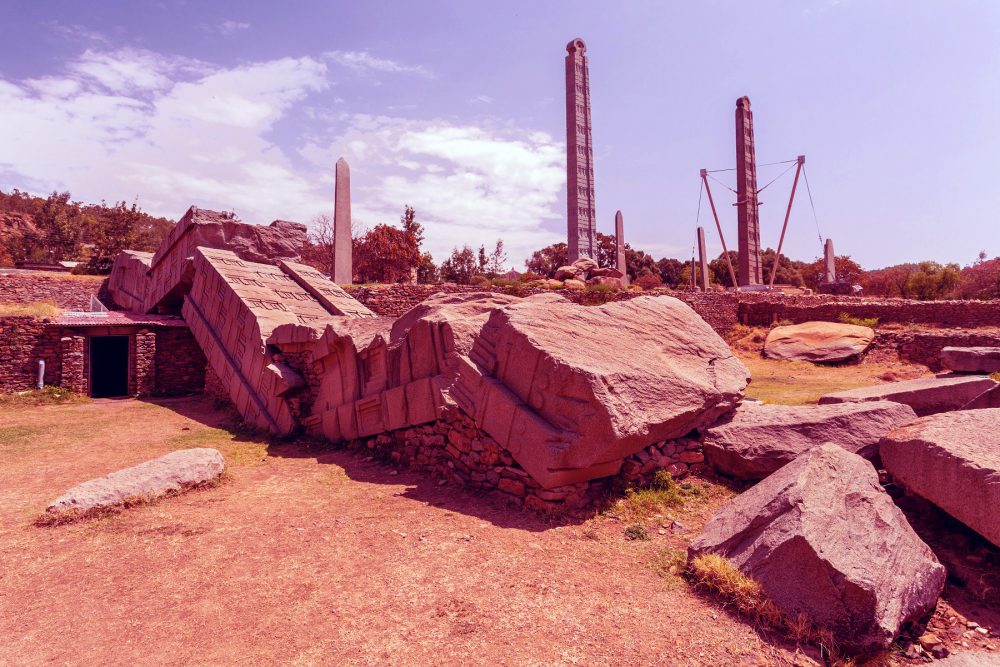 The Civilization of Aksum was one of the most developed in Africa.

Archeological excavations have revealed the ancient remnants of an ancient church that dates back to the fourth century BC, featuring early Christian and pagan artifacts in a lost town in northern Ethiopia.

The discovery offers unprecedented details and shines a rare light on the ancient kingdom of Aksum, a relatively advanced North African civilization that was among the first to convert to the Christian faith in the fourth century.

The excavations of the early church revealed it was built in a Roman-style basilica.

During excavation, the remnants were discovered at the buried town of Beta Samati, as archeologists were excavating a tell, which accumulated by the buried ancient buildings over time.

The town, whose name translates into the house of the audience in the Tigrinya language, was an essential part of the kingdom Aksum. Aksum (and its kingdom) was an important regional power from around 80 B.C. until A.D. 825.

Historical records show they were an important trading partner of Imperial Rome and a prominent religious center between Aksum and the Red Sea.

The ancient Kingdom of Aksum

Through radiocarbon dating artifacts excavated at the church, archaeologists concluded that the structure was constructed in the fourth century A.D., roughly at the same time when Roman Emperor Constantine I ( Constantine the Great) legalized Christianity in 313 CE and then converted on his deathbed in 337 CE.

Excavations at Beta Samati revealed that people were already living in the area from around 750 BC, during a period known as the pre-Aksumite era, until around 650 AD, when the kingdom declined.

This is precisely why the settlement and its ancient buildings are of such great importance: they bear evidence of history written during pagan times, then through the Christian era, all the way up to the beginnings of the nearly Islamic Kingdoms.

Although experts have previously discovered other churches of the kingdom, the one at Beta Samati is home to a treasure trove of ancient artifacts, including ancient bronze coins and pottery fragments of ancient amphoras used to hold wine and olive oil well as important Christian religious artifacts.

The sheer number of artifacts discovered at the church tells experts that whoever used the basilica had access to a vast network of luxury goods obtained via trade. It also tells that it was quite interconnected with the ancient world and distant trading centers.

The coins recovered by experts inside the church offer confirmation of its age.

Among the items, the archaeologists discovered a coin traced back to the early reign of the fourth-century ruler of Aksum, King Ezana. The coin was decorated with a crescent moon, which symbolizes the southern Arabian god Almaqah.

However, after King Ezana’s reign, the coins produced were decorated with a Christian Cross, evidence of converting the kingdom to Christianity.

The kingdom of Aksum is also home to the Church of Our Lady Mary of Zion, which is the legendary location of the Ark of the Covenant.

The discoveries are detailed in a paper published in Antiquity.