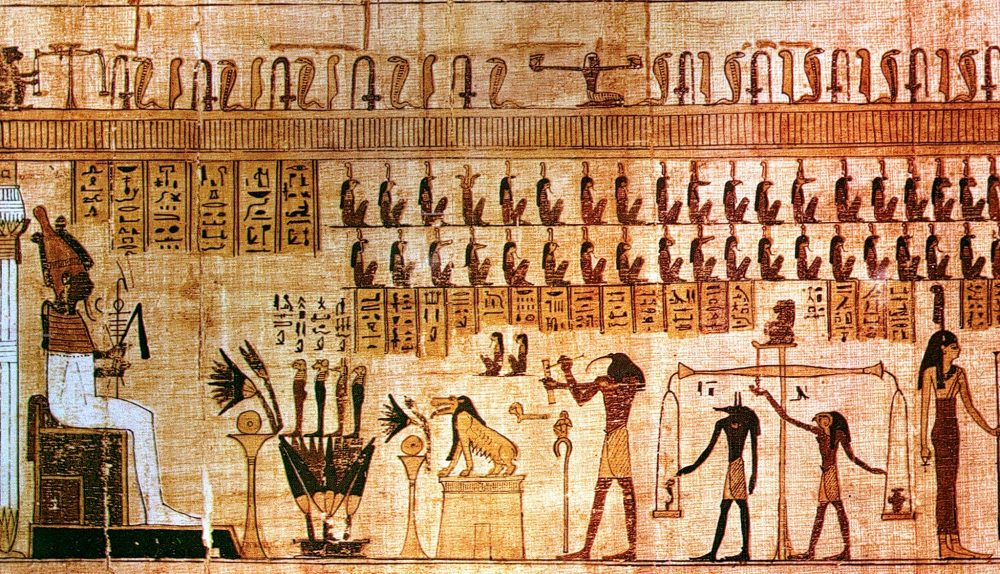 The ancient Egyptians believed that some things could be brought into existence through magical powers if they were repetitively committed to writing.

The ancient Egyptian Writing, specifically hieroglyphics, took root before the early dynastic period, which is thought to have taken place sometime around 3150 BC. The ancient Egyptians believed that some things could be brought into existence through magical powers if they were repetitively committed to Writing.

Egyptian Writing was perceived as having originated from god Thoth, the possessor of the great power and breaths of knowledge. Hieroglyphics assumed a more religious role to provide an avenue for bringing certain events and concepts into existence.

Below are some historical facts about Ancient Egypt writing you need to know.

The Egyptians believed that words have the power to elevate, destroy, heal, hurt, and even raise the dead. Thoth free-given knowledge was considered sacred and imbued with power. It may intrigue you to believe that the writings used in tombs, paintings, and religious objects had spiritual powers, and they were painted green because green represented spring, rebirth, vegetation, and resurrection.

It’s also noteworthy that some hieroglyphic animals were depicted with disembodied legs or heads. This was to render them incapable of causing harm to the pharaoh and his magic when they come to live in the afterworld.

The Rosetta Stone is a 45-inches long and 29-inches wide black basalt slab. It contains 53 lines of Greek, 32 lines of demotic script, and 16 lines of Egyptian Writing. Previously, hieroglyphics were difficult to decipher. A group of priests who gathered in Memphis to mark the epiphanies of the ascension of King Ptolemy V in 190 B.C. wrote these scripts which carried the decree on King’s cult.

In 1799, when Napoleon’s invincible army invaded Egypt, Pierre Bouchard, one lieutenant, discovered the Rosetta Stone in Fort Rachid near the town of Rosetta at the brink of the Nile. The Rosetta Stone brought a stroke of luck because it became the key to unlocking the hieroglyphic code. Thus, one can conclude that the Rosetta Stone was instrumental to the translation and understanding of the Egyptian writings.

Walls and tablets were not the only platforms in Egyptian writings. A medium known as Papyrus was also an important writing material in ancient Egyptian times. The Papyrus came from a tall reed plant. The Egyptians used the strips of the inner papyrus stem to make paper.

The papyrus has both vertical and horizontal stripes. The scribes covered the strips in a linen cloth. They applied pressure with a mallet or stones, which allowed the strips to remain bound and eventually make a single flat sheet for Writing.

One of the world’s oldest examples of Writing

The adventure of John Coleman Darnell, a Yale Egyptologist, brought him before an 18-x-20 inch tableau, which dated 3250 B.C. He discovered this tableau on a limestone cliff at Gebel Tjauti 20 miles Northwest of Luxor.

The acclaimed world’s oldest tableau contained drawings of animals assumed to feature the exploits of the Egyptian Scorpion king. They are specifically flint tools incised on the tableau. Images of huge antelope, a falcon, a scorpion, a bird, a serpent, a chair, a bull’s head, a captor/captive, and a figure carrying a staff were on the tableau. Archaeologists believed that the world’s oldest writing came from the Scorpion king because of the closeness of the scorpion to the falcon, which in ancient Egypt belongs to the Pharaohs and the god Horus.

Before the multiplication of the hieroglyphics, the total number of hieroglyphs in the classical period of Egyptian Writing was 700. Innovation and invention of novel forms or signs by scholars began in about 600 BCE. Despite the flexibility that characterized the later writings, the new hieroglyphs conformed to the principles governing ancient Egyptian writings.