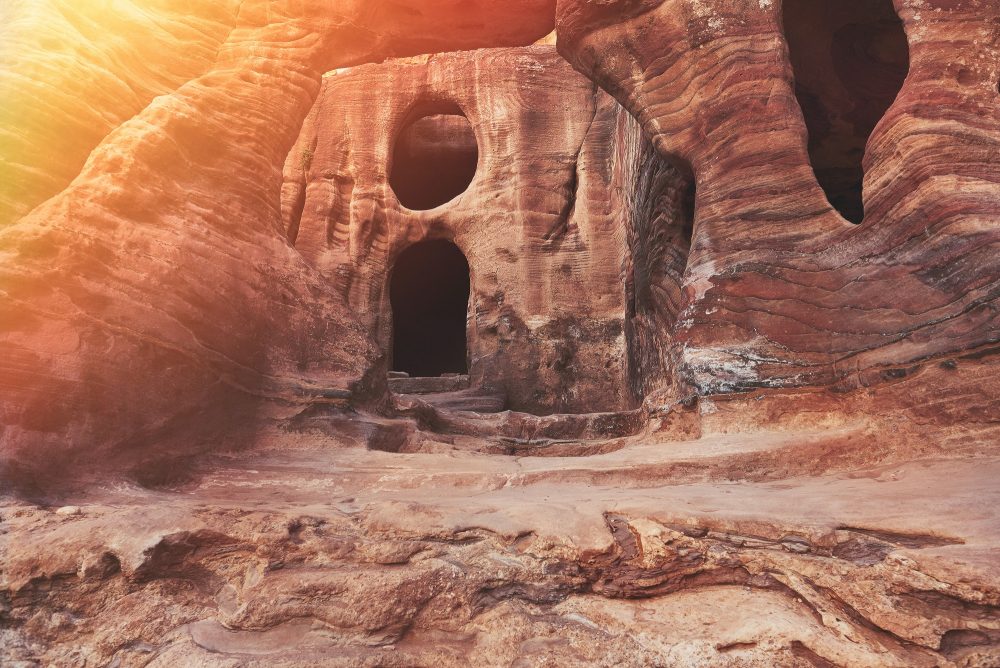 When the god Osiris triumphs, "joy goeth its round in Thinis."

Egypt’s ancient monuments are demanding. They necessitate attention and have been “fed” with the admiration and praise of people through millennia. The Pyramids of Egypt, specifically those at Giza, are perhaps the most imposing. Nonetheless, Egypt is more than a land of pyramids, temples, and golden sands.

Its cities held the country together, and were it not for many of them, Egypt as we know it would never have risen from the desert sand, and the pyramids, temples, and megalithic statues would be nothing more than parts of the wildest dreams.

The cities of Egypt gave rise to the pyramid builders.

They gave rise to excellent astronomers, engineers, doctors, architects, and kings. In other words, the birth of the most magnificent ancient Egyptian monuments can and must be attributed to the most humble settlements ever to exist in Egypt.

The geography and topography of ancient Egypt can be divided into a pair of opposites; Upper and Lower Egypt, the Nile Delta, and the Nile Valley. We can also see a duality between the cultivated land along the Nile River and the desert of Egypt, where some of its most imposing monuments and temples remain standing to this date.

The legendary cities of Egypt live on. Although we have found many of Egypt’s most important cities and many of their ruins, some continue eluding experts to this day.

Of all the legendary lost cities that have been mentioned throughout history, ancient Egypt’s lost city of Thinis is perhaps the least known.

Despite its overwhelming importance, this ancient city—said to have been the capital of the first dynasties of ancient Egypt—has been lost to history.

We know it was real because ancient writers such as Manetho wrote about it, saying that it was the center of the so-called Thinite Confederacy whose leader Narmer (Menes?) is mentioned as being the first ruler of a unified ancient Egypt. In ancient Egyptian cosmology, Thinis was a mythical place in heaven. As revealed in the ancient Egyptian Book of the Dead, we find a reference to Thinis: when the god Osiris triumphs, “joy goeth its round in Thinis.” This, of course, was a reference o the “cosmological” place and not the city itself.

Academics believe that, although now lost, in ancient times, the city of Thinis was of great importance acting as the Nome capital for Abydos. The name of the city originates from the adjective of Thinite, used by Manetho to describe King Narmer—Menes, which many argue was the first ruler of unified ancient Egypt.

Despite the fact that its location has long been forgotten, mainstream scholars argue that it may have been located on the bank of the Nile, near Girga, about ten miles north of Abydos, or the town of Al-Birba or El-Birbeh, about twenty miles northwest, but no conclusive archaeological evidence has been found as of yet which would end a dispute concerning its real location.

Archaeologists say the remains of an ancient necropolis next to Naga ed-Deir, opposite modern Girga, with tombs ranging from the predynastic period to the early Middle Kingdom, hint at a likely nearby location of the city. It was during this period that Thinis declined under the influence of the neighboring city of Abydos. History books usually place the city somewhere between Abydos and the ancient city of Akhmim. This city was the capital of the ninth Upper Egyptian nome.

The burial place of Osiris

As revealed by Steven Snape in his book “The complete cities of ancient Egypt,” when speaking about Thinis, we must make reference to Abydos, although these two stand apart. Abydos was a rather unusual site and likely owed its importance to religious or funerary practices. Since the region was the site of a pre-eminent royal cemetery for the early Dynastic Period of Egypt and later periods, it grew in importance throughout history. It was associated with the Osiris cult and was seen as the place where Osiris was actually buried.

This made the region stand out from other towns in ancient Egypt; it was also distant from the Nile and had a population that was most likely dedicated entirely to servicing the tombs and monuments of the region.

The temple of Onuris

The high priest of the temple of Onuris at Thinis was called the first prophet, 2nd chief of the seers, a title that Maspero (1903) suggests is a reflection of the decline of Thinis in its city status. Onuris, also spelled Anhur, was a war god, and later the patron of the ancient Egyptian army, the very personification of royal warriors.

Evidence of habitation around the Abydan area can be traced back as far back as the fourth millennium BC when it acted as the earliest royal burial site of ancient Egypt.

But the importance of Thinis may have been short-lived, according to scholars. Despite the fact that the religious importance of Abydos cannot be understood without referencing Thinis when Memphis became the chief religious and political center of Egypt, Thinis declined. This likely occurred sometime during the Third Dynasty of Egypt, when Egypt’s first Pyramid was built.

By the Fourth Dynasty, Thinis is thought to have been no more than a seat of the Overseer of Upper Egypt. The city began declining starting in the Fourth Dynasty, but the city endured, continuing to exist up to the 19th dynasty of Egypt and even further. It was between 1550 and 1290 BC that Thinis regained some of its prominences. But this was also short-lived. By the historical period, the city had declined to a settlement with little historic reference onward.