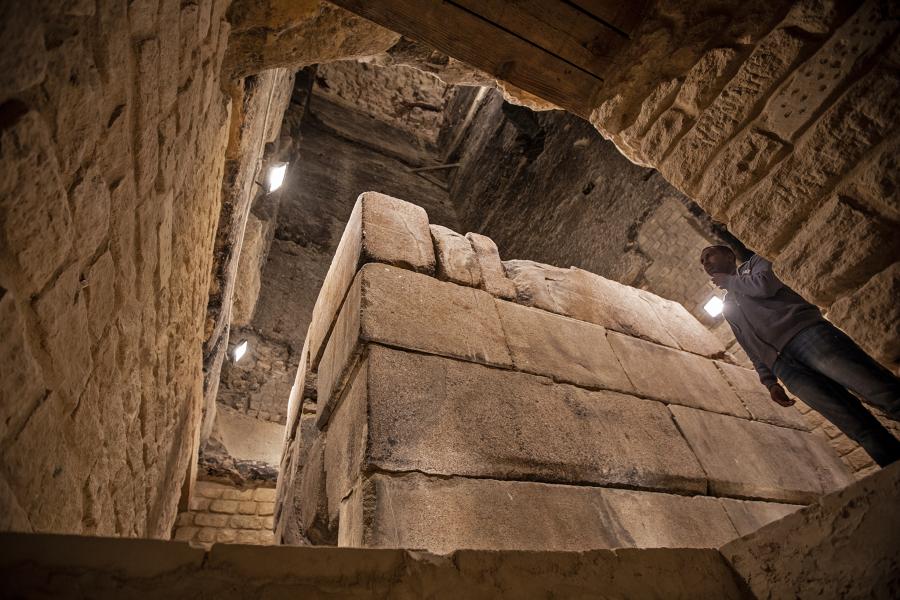 Imhotep translates "the one who comes in peace." History has it that Imhotep was one of the first renowned scholars who was later deified as the god of wisdom, medicine, architecture, fine arts, and scribes.

Imhotep was a mythological figure in the Egyptian civilization but his genealogy remained unclear. He was known as a powerful chancellor to Pharaoh Djoser, a great architect, a physician, and an astrologer. As a high priest of the Heliopolis sun god Ra, his influence was mostly felt in the late 27th century BC. Below are the top 10 things you should know about Imhotep, the First Pyramid Architect.

Imhotep translates “the one who comes in peace.” History has it that Imhotep was one of the first renowned scholars who was later deified as the god of wisdom, medicine, architecture, fine arts, and scribes. A class of thought believed that his deification extended to the god of the sky, air, and earth.

During the reign of Roman Emperor Antonin, the Oksirinh papyrus 1381 had an account of how Imhotep visited him in a dream and reproached him for failing to make do his vow of translating Egyptian text into the Greek language. When he awoke, he found himself ill for violating his vow. He quickly paid his dues and was made well again.

Imhotep, the influential Egyptian figure made his key appearance in the ancient records as a priest and Vizier of Djoser. Note that Djoser was the first Pharaoh of Egypt’s Third Dynasty. Imhotep was reputed for sponsoring impressive building projects in the kingdom. Through his innovations, great cities emerge and expanded; agricultural sophistry became commonplace with architectural advancement.

Imhotep was known in the scholar’s circle as the man of many faces – he was highly educated and studied several disciplines. As a Royal Architect and the pioneer of the Djoser’s vision of grandeur and complex Egyptian civilization, he was known as the orchestrator of the growth of Egypt. Imhotep’s ingenuity was instrumental to Egypt’s survival of the great famine and drought.

Hippocrates was known as the founder of modern medicine. But, 2000 years earlier, Imhotep was among the powerful inventors of Egyptian and was a true polymath. He invented a systematic practice of diagnosing and curing a number of ailments such as arthritis, gout, appendicitis as well as tuberculosis.

As a great inventor of sophisticated surgical techniques and a priest, his medical practices have no origin in the magical rituals. Rather, he was reputed for being the first-ever documented Egyptian physician to use natural substances and plants to treat illnesses.

The origin of square pyramids was attributed to Imhotep. Before the time of Djoser, Pharaohs were laid to rest in underground chambers made of a rectangular mud-brick structure known as a mastaba. In the time of Djoser, Imhotep was required to prepare the pharaoh’s tomb. He changed from rectangular mastaba to square tombs made with limestone. The structure was further strengthened and became more complex. This perhaps was how stone building became instrumental in balancing the weight of structures to avoid collapse.

If you want to know anything about pharaoh Djoser, the best man to approach was Imhotep because he was the closest man to him. Djoser knew Imhotep by many names. The names recorded in Djoser’s statue included “the Keeper of the treasury of the King of Lower Egypt, the first after King in Upper Egypt, the manager of the great palace, the main priest of Heliopolis, Imhotep, the builder, architect, and sculptor of stone vases.” These names speak volumes of how important Imhotep was to the kingdom of the time.

Ancient Egyptian history recorded that Imhotep invented the legendary architecture of the Egyptian pyramid style. He is recognized as the designer of the Pyramid of Djoser, the step pyramid at Saqqara in Egypt. A pyramid deemed as the first stone structure in history. Close to Memphis, this building was situated in the Sakkara necropolis. Therefore, Imhotep is known as the pioneer of the architectural tradition of the ancient Egyptian kingdom design in the pyramid style.

Egyptian mythology recorded that Imhotep was deemed the son of the go Ptah, the Memphis creator as well as the lioness goddess Sekhmet. You will recognize him as the man sitting with unfolded papyrus. It’s recorded that pharaoh Djoser attempted to steal Imhotep’s sister Renpetneferet but the legendary son of the god Ptah prevented the pharaoh. The son of god Ptah is known with powerful magic which he used to ward off Assyrian sorceress in a magical fight.

Manetho, the Hellenistic Egyptian historian recorded that Imhotep was likened to Greek Asclepius who was also a powerful voice in architectural art. Beyond this reputation, Imhotep is renowned as the pioneer of Egyptian medicine and the author of foundational medical research, the “Papyrus Edwin Smith” which was penned between 1700 to 1550 BC.