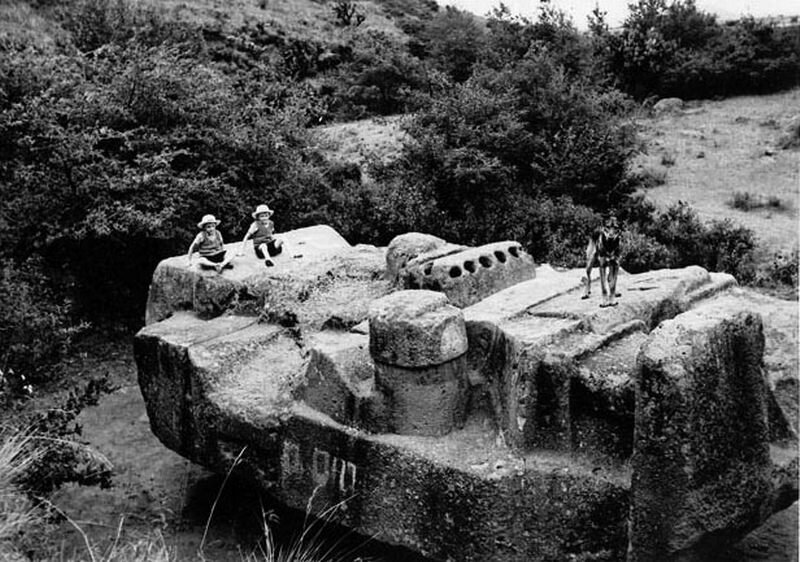 The Monolith of Tlaloc was discovered unexpectedly and has since been known as the largest monolith in America.

Tlaloc is mostly known as the Aztec god of rain and thunder. Like many gods in other cultures, Tlaloc was believed to inhabit the mountaintops.

Although Tlaloc was rather a positive deity and treated people quite favorably, being himself created by other gods, he could still send all sorts of disasters, one way or another associated with the water element, be it rains, droughts, floods, hail, thunderstorms, and hurricanes. The Aztecs brought him human sacrifices, drowning victims (including children) in Lake Texcoco’s waters.

At first glance, nothing unusual, but rather the opposite, an ordinary deity with similar descriptions of deities from all over the world. However, one story associated with this god still sets him apart from others. Namely, the history of the god Tlaloc’s monumental statue, which now adorns the entrance to the National Museum of Anthropology and History of Mexico City.

History of the Monolith of Tlaloc

Scholars have met certain difficulties in dating the Monolith of Tlaloc. According to some sources, it was erected in the 5th century AD. According to others, it should have been made in the 8th century. However, this dating is indirect and, in fact, does not mean much.

For many centuries, and perhaps longer, the monument laid in the thickets of vegetation at the bottom of a dried-up river bed near the small town of Coatlinchan near Texcoco. It would have continued to stay there was it not for the unexpected discovery made during the process of digging canals for irrigation.

Almost a century later, in 1964, the Mexican authorities decided to the Monolith of Tlaloc to the capital to decorate the entrance to the newly opened National Museum of Anthropology and History with a statue of the rain god. However, this was not easy to do.

The Tlaloc Monument is a monolithic seven-meter statue made of andesite, one of the hardest rocks. Since Tlaloc’s weight is neither more nor less than 167 tons, transporting it even from a neighboring state to the capital was not the most trivial task.

A special ramp was built for transportation, thanks to which the monument was loaded onto a huge platform. They transported it using two tractors at once.

The transportation of the ancient deity was carried out in the dry season for Mexico when there is little rainfall in the territory of the state of Mexico City. However, on the day the monument arrived in the capital, a heavy thunderstorm with heavy rain broke out, which many superstitious Mexicans found as a sign.

Especially those 25,000 people who went to the streets to welcome the Monument of Tlaloc associated it with nothing more than the reaction of the deity to a change in his place of residence. However, whether this reaction was positive or negative, remains unknown.

At the moment, the statue, surrounded by fountains, still adorns the entrance to the main museum in Mexico, striking tourists from all over the world with its size.

The discovery of the statue brought up many questions

This is the brief history of the Tlaloc monument. However, there are too many white spots in it, giving rise to many questions.

For example, where was the 167-ton andesite monument carved from? Until now, the quarry has never been found. How did the Aztecs (or any other Indian tribes, if, after all, the Aztecs have nothing to do with it) transport the statue, not having, according to the official version, even wheels?

Why did the monument lie “on its back” (and it was in this form that it was worshiped), although it is obvious that the statue was supposed to stand upright? What tool was used for processing?

It is worth mentioning that, at first glance, it appeared like the statue was erected in a hurry. Besides, we need to mention that the front side of the monolith is badly damaged. It remains unclear whether the damage was done by people or by natural influences.

Nevertheless, given that the monument was found in the riverbed, as well as strange structural elements, such as the massive back of the statue and the “ritual” hole at the top, one can suggest the theory that the Tlaloc monument was nothing more than a pillar of an ancient bridge across the river.

However, in this case, the stone deity should have had a twin brother, perhaps not even one. But even decades later, no major archaeological excavations have yet been carried out in the Texcoco area.