The builders of Göbekli Tepe possessed profound knowledge in geometry, which was used to build the ancient site using multi-ton stones between 12,000 and 13,000 years ago. Furthermore, the discovery suggests that the builders were far more advanced and developed than initially thought.

Just how is it possible that between 12,000 and 13,000 years ago, undeveloped hunter-gatherers built monumental stone structures using multi-ton stones, some of which weigh more than 20 tons? How could a nomadic society during the last Ice Age obtain the necessary resources—both human and material—to create what today is considered the largest, most impressive temple on Earth? Göbekli Tepe, located atop a barren hilltop in present-day Turkey, is not only one of the finest ancient examples of megalithic temples, but it is also the oldest.

The site comprises at least 20 distant stone circles that feature more than 200 intricately carved stone pillars that average 6 meters in height and weigh around 10 tons.  Archaeologists predict that up to 500 persons were needed to cut out the heavy pillars from different quarries and move them 100–500 meters (330–1,640 ft) to the site where they were used to construct the massive temple complex. Some of the pillars weigh 10–20 metric tons, with one still in the quarry weighing 50 tons. It remains a profound mystery as to how ancient hunter-gatherers managed to quarry and move such massive stones.

However, the weight of the stones is just one small part of an even greater mystery.

Göbekli Tepe’s intricate pillars tell just one small part of the story. Their alignment and precision is another mindboggling characteristic that makes this ancient site one of the most unique on Earth.

A new study by Israeli archaeologists now suggests Göbekli Tepe was even more advanced than initially thought, requiring much more complex planning and resources than previous estimates. After studying three of the oldest sone enclosures, scientists discovered advanced hidden geometric patterns, specifically an equilateral triangle, which points to the fact that the site’s builders were far more advanced than previously believed.

As noted by Haaretz, the three circles were planned as a single unit and were constructed simultaneously. This means that several thousand years before the invention of writing and technologies such as the wheel, Göbekli Tepe’s builders possessed a great understanding of geometric principles and were able to apply them to their construction plans.

The study was published in the Cambridge Archaeological Journal.

Archaeologist Gil Haklay of Tel Aviv University explains that “the initial discovery of the site was a big surprise, and we are now showing that its construction was even more complex than we thought.”

Göbekli Tepe is thought to have been built in various phases. The oldest layers at the site suggest construction began more than 12,000 years ago. This phase saw the builders erect large concentric stone circles and place numerous massive t-shaped stone pillars, which average six meters in height, with a weight of around 10 tons. Many of these stone pillars carry a message; they feature symbols and depictions of various animals and humanoid figurines.  As revealed by archeologists, the circles were built around pairs of pillars placed at the center of the structures.

Four circles dating back to the pre-Pottery Neolithic A and dubbed enclosures A, B, C and D have been successfully excavated by archeologists. Nonetheless, the site’s geological surveys reveal at least 15 more circles still buried beneath the surface and several dozen other similar unexplored sites across the region.

The new study focuses on enclosures B, C, and D, which are believed to date back further than enclosure A.

Experts maintained that such a massive architectural undertaking was beyond the capabilities of smaller, non-sedentary groups that usually comprise hunter-gatherer societies. This is why experts have assumed that the circles at Göbekli Tepe were most likely built gradually offer a long period of time.

Speaking to Haaretz, Haklay explained that “there is a lot of speculation that the structures were built successively, possibly by different groups of people, and that one was covered up while the next one was being built. But there is no evidence that they are not contemporaneous.”

Haklay and his colleague applied a formal architectural analysis method, which is used to trace planning principles and methods used in the design of existing structures. With the help of algorithms, the researcher identified the center point of three irregular stone circles.

This revealed a fascinating, previously missed characteristic. The center points of the three irregular stone circles feel roughly mid-way between the central pillars’ pair within each enclosure. To the surprise of experts, those three points can be linked to form a nearly perfect equilateral triangle: the vertices are approximately 25 centimeters away from forming a perfect triangle whose sides measure 19.25 meters each.  Such precision and geometric knowledge had gone unnoticed until now.

“I certainly did not expect this. The enclosures all have different sizes and shapes, so the odds that these center points would form an equilateral triangle by chance are very low,” Hakaly explains.

The discovery suggests that architects from the Neolithic were far more advanced than previously thought and didn’t just build shelters and structures randomly but had the ability and knowledge to apply geometric principles, creating standard measurement units before the invention of writing.

At Göbekli Tepe, the recently uncovered pattern points towards a design that could not have been realized without first creating scale floor plans of the structures, Haklay reveals.

This is fascinating and suggests that at a time when the invention of writing was still thousands of years away, ancient people had the ability to plan, design, and construct stunning structures that follow geometric principles.

“Each enclosure subsequently went through a long construction history with multiple modifications, but at least in an initial phase, they started as a single project,” the archaeologist explains.

“The implication is that a single project at Göbekli Tepe was three times larger than previously thought and required three times as much manpower – a level that is unprecedented in hunter-gatherer societies.”

Göbekli Tepe is evidence that more than 12,000 years ago, ancient man was sophisticated enough to kickstart a construction process of unseen proportions. The sheer size of Göbekli Tepe suggests that such a project would have required several hundred, if not thousands, of workers that participated in building the site.

As revealed by archeologist Avi Gopher of Tel Aviv University, Göbekli Tepe attests that during the last Ice Age, ancient cultures had a level of sophistication previously seen only in much later, sedentary groups of farmers.

Fellow archaeologist, Anna Belfer-Cohen from the Hebrew University, says the new study is “an amazing contribution to the understanding” of this enigmatic site.”

It remains a profound enigma why “hunter-Gatherers” would mobilize so many resources to build a site such as Göbekli Tepe.

Although we have still not understood the meaning behind Göbekli Tepe, based on the reliefs on the massive t-shaped Pillars, the site may have had a ritual purpose. The site’s pillars may have been ancient totems representing either protective spirits, ancestors, or even constellations. If the symbols at Göbekli Tepe do depict constellations, it will present evidence that the site may have been Earth’s oldest astronomical observatory.

Whatever the case, the recently-identified geometric patterns offer conclusive evidence that the builders were far more advanced than what we’ve acknowledged until now.

The discoveries at Göbekli Tepe force us to rethink the capabilities and level of development of ancient cultures that existed on Earth more than 12,000 years ago.

There Are 200 Ancient Underground Cities in Turkey Alone 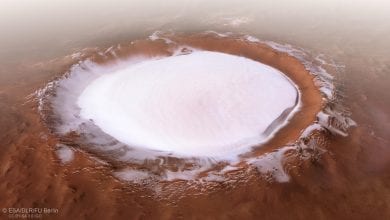