Built by mysterious people more than 12,000 years ago, archaeologists have still not excavated the site entirely. Göbekli Tepe was buried for reasons unknown a few thousand years after its completion.

More than 12,000 years ago, a mysterious people in modern-day Turkey built a massive, intricate set of structures.

There, at an elevation of around 760 m (2,490 ft) above sea level, the Göbekli people built one of the most mysterious and impressive temples on Earth, commonly referred to by experts Stonehenge of the desert.

Göbekli Tepe’s complex is believed to date back to the 10th–8th millennium BCE and is divided into two specific phases.

During the first phase, what experts denominate as the Pre-Pottery Neolithic A (PPNA), the builders created massive circles with T-shaped stone pillars, eventually producing the world’s oldest known megaliths.

So far, around 200 pillars in about 20 circles have been identified by researchers through geophysical surveys.

Each of the pillars erected at Göbekli Tepe has a height of up to 6 m (20 ft) and weighs around 10 tons, although some argue that certain stone blocks at the site weigh more than 50 tons.

The pillars atGöbekli Tepe were fitted into sockets that were hewn out of the bedrock.

The second phase of Gobekli Tepe belongs to the so-called Pre-Pottery Neolithic B (PPNB). During that phase, the builders erected pillars that were smaller and stood in rectangular rooms with floors that were built of polished lime.

Scholars agree that Göbekli Tepe was mysteriously abandoned after the PPNB.

The details of the structure’s function and purpose remain one of the greatest archeological mysteries.

Due to the archeological complex’s gigantic size, the site has still not been excavated in its entirety.

It remains a mystery as to who exactly built Gobekli Tepe. According to scholars, 12,000 years ago, the region around which Gobekli Tepe was erected was inhabited by nomad hunter-gatherers.

Whether the site was built by these people or more complex societies that may have existed at the time remains an unanswered historical question.

This is one of the greatest mysteries of the site. Scholars have no obvious explanation for an advanced society inhabiting Upper Mesopotamia at the end of the last Ice Age.

Nonetheless, whoever built this impressive temple made sure it would survive for tens of thousands of years by backfilling the massive circles of Göbekli Tepe, burying them deep under thick layers of soil.

Building the massive complex some 12,000 years ago would have required organized quarrying, transportation, planning, and specialized overseers to make sure everything went according to plan.

The most amazing features of Göbekli Tepe are its T-shaped pillars, which are thought to be stylized human beings, as most of them portray human extremities.

Researchers have also found carvings of various abstract symbols and a combination of scenes on the different, massive pillars at the site. Furthermore, excavations have revealed that foxes, snakes, wild boars, cranes, wild ducks are among the most commonly depicted animals at Göbekli Tepe.

In 2018, the site was designated a UNESCO World Heritage site. 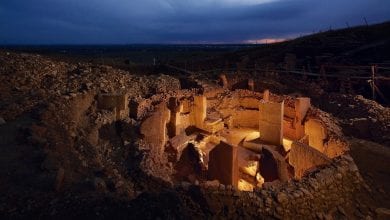 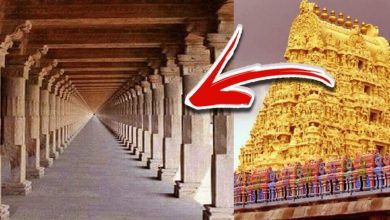 This Ancient Hindu Temple is Home to the ‘Infinity Corridor’

The Konark Sun Temple: A Wonder of Ancient Engineering 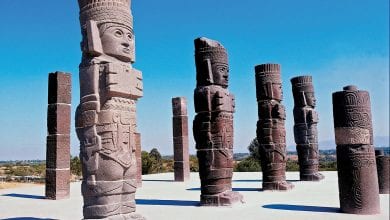