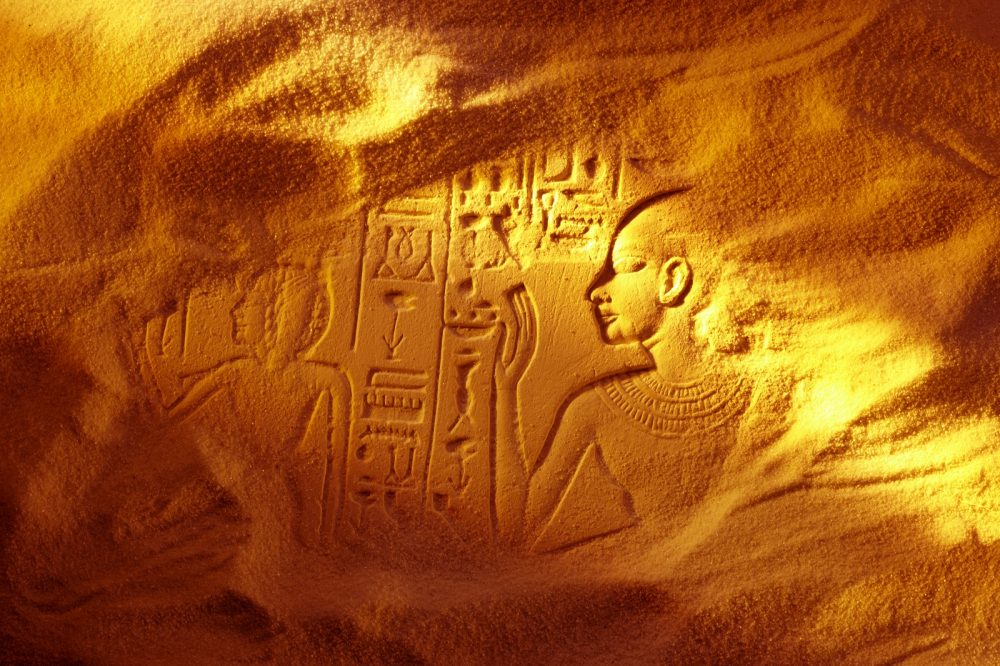 Thousands of years worth of history remain hidden beneath ancient Egypt's golden sands.

Ancient Egypt is a land filled with archeological mysteries, some of which have even turned into legends.

Of all the monuments of the ancient world, it is perhaps the pyramids of Giza that leave the most powerful impressions on people.

It may be because of their immense size, to others because of their architectural beauty. Others are left awestruck by their incredible precision, while many other visitors are stumped by the countless mysteries and enigmas that surround these ancient structures.

Although Giza’s pyramids are the most famous of pyramids in Egypt, they are not the oldest, nor are they the most fascinating ones ever built. In fact, Egypt boasts a long legacy of pyramid building which started during the Third Dynasty when Pharaoh Djoser came to the throne.

Djoser instructed his young architect Imhotep to build a structure that would stand the test of time. Imhotep did not disappoint his king and planned and built one of the most fascinating pyramid complexes ancient Egypt would ever see.

The Step pyramid came abruptly and drastically changed ancient Egyptian architecture. Pharaohs after Djoser tried mimicking his pyramid, but none succeeded until the reign of Pharaohs Sneferu, father of King Khufu, the builder of the Greatest Pyramid of ancient Egypt.

Sneferu would go on to build three pyramids, one of which–the Red Pyramid at Dahshur–would become ancient Egypt’s third-largest pyramid, after those of Khufu and Khafre.

But Egypt has more to offer than just its pyramids.

Egypt has more to give than stories about great Kings who built imposing pyramids, temples, and statues. Egypt is more than a treasure trove in history, and its golden sands are keepers of a time long gone. Beneath the desert floor are thousands of years worth of history. Kept hidden beneath the surface are countless discoveries waiting to be made, hoping to be revealed to the world to finally tell their story of a time when civilization, as we know it, was being built in stone.

We can thank Egypt’s plentiful history to the fertile floodplain of the Nile, which gave humans the opportunity to develop a settled agricultural economy and a more sophisticated, centralized society that would eventually go on to become the cornerstone in the history of human civilization.

Evidence of human occupation in the are we today call Egypt spans back hundreds of thousands of years. In fact, scholars have revealed that nomadic hunter-gatherers started settling in the Nile Valley through the end of the Middle Pleistocene around 120,000 years ago.

As the climate changed during the late Paleolithic period, the people were forced to concentrate along the river region because of increasingly hot and dry temperatures.

Different cultures flourished in the region. By around 5,500 BC, small tribes living in the Nile valley had evolved into a series of cultures exhibiting firm control of agriculture and animal husbandry. The Naqada culture began using written symbols during the last predynastic phase, which eventually evolved into the full system of hieroglyphs for writing the ancient Egyptian language.

Eventually, a man called Menes (Narmer?) appeared as ruler during the Early Dynastic period, around 3050–2686 BC, and united the two kingdoms of Upper and Lower Egypt. Memphis was established as the capital of a unified Egypt, and the country flourished under a unified rule.

Through thousands of years, Egypt developed and evolved from small tribes to a powerful kingdom that would dominate those around it. Massive cities were built, temples and pyramids signalized an extremely developed culture, all of which would not be possible had Egypt not had a powerful economy.

Eventually, times change, and ancient Egypt succumbed, first in 332 BC when Alexander the Great conquered Egypt, and then in 30BC when the country came under the rule of the Roman Empire.

In the thousands of years that ancient Egypt rose and fell, its legacy was preserved, and modern scholars have made great efforts to understand one of the greatest civilizations to ever develop on Earth.

In their journey to explore the wonders of ancient Egypt, scholars have encountered numerous archeological mysteries.

The first Pharaoh of ancient Egypt?

Who was the first ruler of ancient Egypt? Manetho, an Egyptian historian, and priest who lived during the Ptolemaic Kingdom’s pre-Coptic period, tells us that Menes was the first ruler of a unified Egypt. However, in the archeological record, we find an absence of Menes and a wealth of evidence supporting the rule of a king called Narmer. So, who ruled a unified Egypt first? It is generally agreed that it was Nermer who was Egypt’s first pharaoh.

However, Narmer is believed to have taken the throne from an early ruler, one of which is shrouded in mystery. His name is Scorpion, aka the Scorpion King, King Ka. He is believed to have ruled during the first half of the 32nd century BC, although the exact length of his reign remains a mystery. Ka is one of the best attested predynastic kings with Narmer and Scorpion II.

King Scorpion is considered the second of two kings to rule during the  Protodynastic Period of Upper Egypt (circa 3200-3000 BC).

One of the greatest mysteries while studying the ancient Egyptian civilization is the construction of the pyramids. How were the pyramids built? When did it all exactly start? How were massive blocks of stone transported? How were they then mounted to form a pyramid of over one hundred meters in height? What types of tools were used, and what technology did the ancient builders use to construct the pyramids?

These questions remain largely unanswered, but papyri fragments discovered in 2013 may offer some clues. Although the ancient texts do not mention the pyramid construction specifically, they say that the ancients transported some of the larger blocks of stone via the Nile River to Giza. Whether or not these stones were then used to build the pyramids remains a mystery.

The papyri fragments among the so-called Journal of Merer are believed to date back precisely to when the Great Pyramid of Giza was being constructed, some 4,500 years ago. It remains a profound mystery as to why there are no other ancient texts that mention the construction of any of the (around) 120 pyramids that have been found in Egypt.

The above leads us to one of the greatest mysteries Egypt has to offer when speaking about pyramids. Around 120 pyramids were constructed in Egypt. The ancients build smaller pyramids and built massive pyramids. The Great Pyramid of Giza, for example, is believed to have been built with around 2.3 million blocks of stone. The total weight of the Pyramid has been calculated to around 6.5 million tons.

The completion of the Great Pyramid of Giza is believed to have signalized the ancient Egyptian pyramid building’s peak. Yet strangely, there are no written record of how the pyramid was built.

In fact, if we take a look at pyramids that predate the Great Pyramid of Giza, we will find the same thing: a complete lack of documents mentioning the construction of the pyramids. If the ancient Egyptians succeeded in building around 120 pyramids in a period of a little more than 1,000 years, why did they decide not to document any of the constructions?

Egyptologists maintain that ancient Egypt’s pyramids were built as tombs to house the mummified remains of the pharaohs, safeguarding them in their afterlife. It has been claimed that the pyramids are a direct evolution from mastabas, well-known ancient Egyptian tombs. Experts say that Djoser’s Step pyramid at Saqqara was initially built as a square kind of mastaba which grew in size, eventually resulting in a stepped structure.

Once completed, the Pharaoh’s mummy would be placed inside a burial chamber inside the pyramid that was protected by a series of early defense mechanisms that prevented looters from getting inside.

Curiously, neither the mummy of Pharaoh Djoser, Sneferu, Khufu, Khafre, nor Menkaure has been found in their respective pyramids. In fact, inside the pyramid complex of Pharaoh Djoser, below the surface inside one of its many chambers, experts discovered the hip-bone of a female, which predates Djoser by several generations.

The long-lost Land of Punt

Ancient Egyptians were excellent record keepers. Thanks to their passion of writing down lots of things, we known of land called Punt. It is believed to have existed somewhere in Africa and was extremely rich in gold, ivory, aromatic resins, blackwood, and exotic animals that were traded to Egypt.

Ancient Egyptian respected the land greatly to the point where they called it the “land of the gods” or “Land of the God.”

While we know that it isn’t an imaginary kingdom due to numerous ancient sources and even the depiction of a Queen of the land of Punt in an ancient Egyptian temple, experts have never managed to find its exact location.

Despite not having an exact location, we know it was somewhere in Africa, thanks to some of the artifacts the ancient Egyptians imported from the kingdom.

Scientists have studied two mummified baboons, which the ancient Egyptians probably obtained from the Land of Punt, and came to the conclusion that they originated from either modern-day Eritrea or Eastern Ethiopia. However, we cannot base the existence of a powerful kingdom based on two mummified baboons. The hunt for the land of Punt continues.