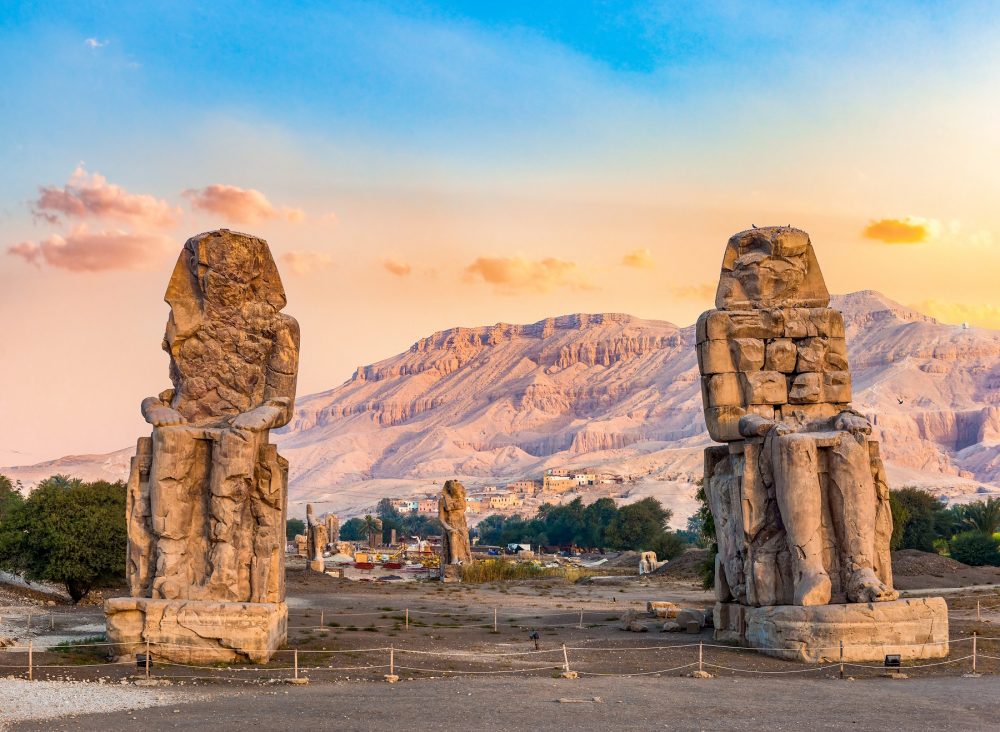 It baffles my mind that people managed to move stones that weigh more than 1,000 tons in ancient times. Without the use of modern tools, machinery, and technology, the builders of the ancient world achieved what we today would find nearly impossible to do without our super-machines, cranes, and trucks.

The question remains; How did the ancients do it? Was it all done with a pure workforce? Numerous ancient sites exist all around the globe that are evidence of humankind’s ingenuity and ability when it came down to transporting really heavy stuff: Africa, America, Asia, and even Europe. There’s evidence of humankind moving supermassive blocks of stone at a time in history when technologies such as the wheel and the pulley weren’t even invented.

One example is Göbekli Tepe, an ancient site in present-day Turkey. Around 13,000 years ago, during the last Ice Age, an ancient people moved multi-ton stones to construct one of the most fascinating ancient monuments in the world. Göbekli Tepe is regarded as the oldest temple on Earth. Its builders used stones that weigh from 10 to 50 tons.

Common sense would tell us that the stones must have been too heavy for the ancients to move without some technology. But apparently, this isn’t the case.

Take, for example, ancient Egypt. There, we find truly massive stones that were moved thousands of years ago. The construction of the Great Pyramid of Giza is one example. Although many of the stones used in its construction originated from quarries nearby, some of the most massive and heaviest stones came from distant quarries located around 800 kilometers away. The King’s Chamber inside the Great Pyramid features several stone blocks, some of which weigh more than 15 tons.

There are even larger stones around. How did ancient humankind transport multi-ton blocks of stone from a quarry in Aswan to the Giza construction site located 800 kilometers away? Did they transport the massive blocks of stone with the aid of transport ships? Did they drag them across the desert? Bun an even bigger question Is how they managed to position the massive stones to heights they did.

Curiously, the Great Pyramid of Giza is just one example. There are plenty of other massive stones in Egypt that were moved with apparent ease. The Ramesseum is another example. This ancient structure is arguably one of the most fascinating of the ancient world, not only because of its cultural significance but because of its size. Although only fragments remain, experts have calculated that the Ramassuem had an approximate weight of around 1,000 tons. This massive piece of rock was somehow transported from quarries located 200 kilometers away.

Egypt has many other massive stones. For another example, the Colossi of Memnon, the two supermassive statues that were carved from a massive stone. The monuments are oriented towards the winter solstice, and according to R.T. Gould in his work “A Book of Marvels,” the Colossi of Memnon were transported from quarries 600 kilometers away. It is estimated that the total weight of the statues surpasses 1,200 tons.

From the Ramaseum, we return to the Giza plateau and take a look at the Pyramid of Khafre, Giza’s second-largest pyramid, and its surrounding temples. Khafre’s temples survive in much better shape than those of his predecessor Khufu. To the east of his pyramid lay the remnants of Khafre’s Mortuary temple. Although the monument is now largely in ruins, there is enough data that has allowed experts to understand what it was like.

Experts say that this temple was different from other ancient Egyptian temples as it was larger than all others. It was also the first temple to include an entrance hall, a columned court, five niches for the statues of the Pharaoh, five storage changes, an inner sanctuary. These elements would become standard in later Egyptian temple building.

But the most important feature of the temple is that the entire structure was built out of supermassive blocks of stone, and the largest one has an estimated weight of 400 tons. The temple’s exterior was built of massive stones, many of which weigh more than 100 tons.

Many of ancient Egypt’s most impressive architectural achievements are not pyramids but the temples that surround them.

From Khafre we move onto Menkaure. The builder of the third-largest pyramid at Giza also constructed a temple complex using massive blocks of stone. The temple’s foundation and inner core were constructed out of limestone. According to Egyptologists, some of the blocks in the mortuary temple walls weigh around 220 tons. The heaviest granite ashlars imported from Aswan (800 kilometers away) weighed more than 30 tons.

Certain illustrations found dating back from ancient Egyptian times suggest that most of these tones were moved with the help of a large workforce. Some experts suggest that to move some of the largest stone, the ancient Egyptians used wet sand and wooden sleds, allowing them to transport multi-ton stones across the desert.

But what about stones that are not just a few tons, but a few hundreds of tons? What about the Colossi of Memnon? These states are estimated to weigh more than 1,200 tons, and the ancient Egyptians transported the blocks of stone across the desert. Did they archive this with wooden sleds, rollers, and wet sand?

One ancient Egyptian illustration from the tomb of Djehutihotep, an ancient Egyptian nomarch who lived during the twelfth dynasty, c. 1900 BC shows a group of people hauling a massive statue.

Inside his tomb, there was–now destroyed–a famous decoration illustrating the transport of a colossal statue. Egyptologists say that this statue was almost 7 meters high and had an estimated weight of 58 tons. According to the drawings inside Djehutihotep’s tomb, the massive statue was transported by 172 workers.

If we follow the logic illustrated inside the tomb of Djehutihotep, to move a stone of 150 tons, the ancient Egyptians would have made use of at least 400 workers.