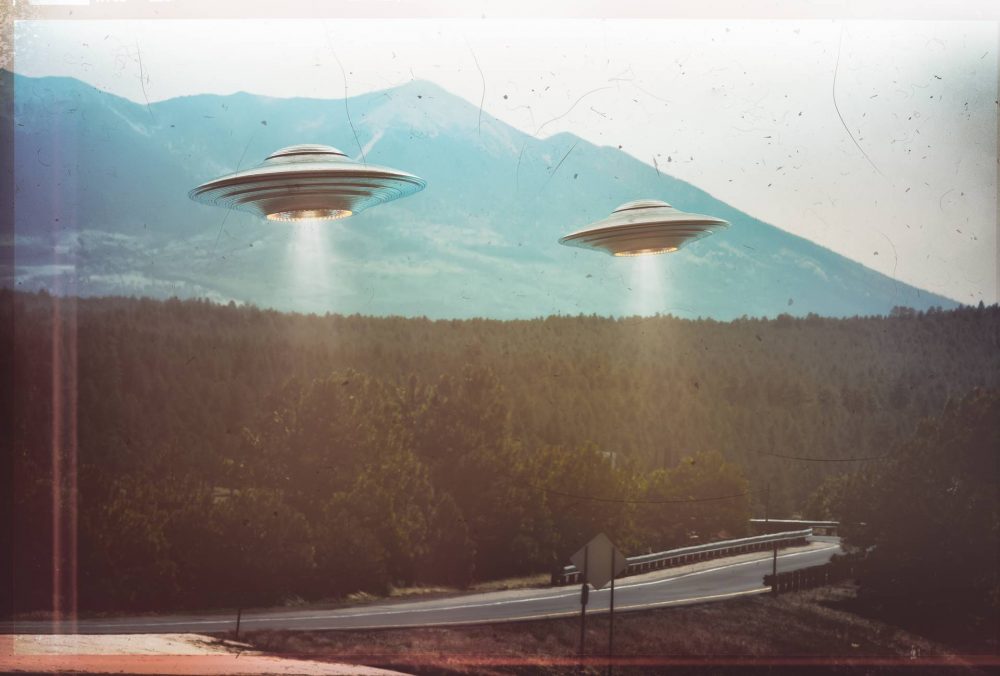 The UFO incident near Aztec, New Mexico, allegedly happened less than a year after the famous UFO crash near Roswell. Was it truly a hoax or was it yet another major cover-up? Here is the story.

Everybody has heard stories about the most famous UFO sighting/incident in Roswell from 1947. Despite the obvious cover-up of the entire truth, rumors and speculations, as well as countless documentaries about the event continue the endless discussion about what really happened there.

Fewer people have heard about a different UFO incident that occurred just several months later near the small town of Aztec in New Mexico.

As a start, I would like to address the topic as a whole. The following lines consist of the information I was able to gather on the subject but remember, these are only speculations for the sake of discussion.

Nothing has been confirmed by the government, obviously, as the whole story was yet another major cover-up. However, this UFO incident has been discussed numerously by ufologists, scientists, and alleged eye-witnesses from the government.

There are many versions regarding the UFO incident and most deem it a hoax. I decided to leave them behind and focus on the most controversial information I was able to find.

On March 25, 1948, near the city of Aztec, New Mexico, USA, an unidentified disk with a diameter of 30 meters crashed. When it fell, it was detected by three separate southwestern US radar stations.

The area of ​​the fall was determined precisely by this detection and information was immediately passed to the air defense, led at the time by General George Marshall. He allegedly contacted the mysterious Majestic-12 group, as well as the Interplanetary Team at the Military Counterintelligence Directorate.

At the time, the group was working in Cape Hale, Colorado, and its task was to collect and transport to certain secret bases damaged or crashed UFOs. A few hours later, the reconnaissance unit found the crashed vessel about 20 km from the town of Aztec.

General Marshall ordered the air defense to withdraw. Scientists Dr. Lloyd Barner, Dr. Carl Highland, Dr. Jerome Heinsacker, and Dr. Robert Oppenheimer were then flown by helicopter to the crash site. All of them were required to swear an oath of secrecy. It is curious but I wasn’t able to find any proper information about any of the scientists apart from Dr. Robert Oppenheimer who has been connected with cover-ups and UFO secrets.

The inspection revealed that the outer lining of the disk was made of a light, aluminum-like metal, so durable that it later withstood thermal attempts with temperatures in the order of 10,000 ° Kelvin. Not even diamond-tipped cutting tools could pierce it.

The disk from the alleged UFO incident consisted of large metal rings that revolved around a cabin in the center. Screws, rivets, or any other fasteners were missing. There were portholes that looked like metal, and only a closer look showed that they were transparent.

The researchers penetrated the inside of the disk thanks to a slit in one of the windows. They widened the opening and entered the cabin. After pressing a button inside the cabin, a hidden door opened in the hull.

The entire cabin section was 18 feet (5.5 meters) in diameter. Fourteen (some claim they were 16) small humanoids, 36 to 42 inches high (0.9 to 1 meter), were allegedly found in it. The bodies were charred and dark brown in color. Two of the humanoids were relaxed on the control panel. The other 12 corpses were laid on the floor. Dr. Bush and Dr. Neumann found that the control panel had cassettes that could be pulled out, but there was no wiring in them.

A “book” consisting of parchment-like sheets of plastic quality contained strange hieroglyphs similar to Sanskrit. Dr. Bronk, a physiologist, and biophysicist examined the corpses and asked for refrigeration equipment to be brought in to preserve them. The dismantled parts of the disk, along with the corpses, were taken to Wright Hill, Wright Patterson Air Force Base. Later, scientists of the Air Force dissected the bodies.

What Did the Dissection of the Alleged Extraterrestrial Beings Reveal?

The study on the humanoids found that the average height of their bodies was about 1 meter. Their features were Mongoloid, with disproportionately large heads, large eyes, small noses, and mouths. Their average weight was about 18 kg. The arms, long and thin, reached to their knees. The palms ended in a zipper between the fingers.

They had no human-like digestive system or intestinal tract. Reproductive organs were not visible externally. Instead of blood, they had a colorless liquid without red blood cells that smelled of ozone. The study found that their bodies were about 30 years old, while their brains appeared to be 500 human years old.

What can we make of this covered up UFO Incident?

Personally, despite all this information, I was able to collect, I cannot say I truly believe in all of it. However, anything that includes the involvement of high-ranking officials and the controversial Majestic-12 group must have some truth behind it.

There are several versions of the story given by the government that declares this UFO incident a complete hoax. Knowing how much truth is being hidden from us regarding countless mysterious events in modern history, I am absolutely certain that this is another example of a complete cover-up. Whether they found an alien spacecraft and a dozen extraterrestrial beings or not, I am sure they found something that was not supposed to be seen by the public.