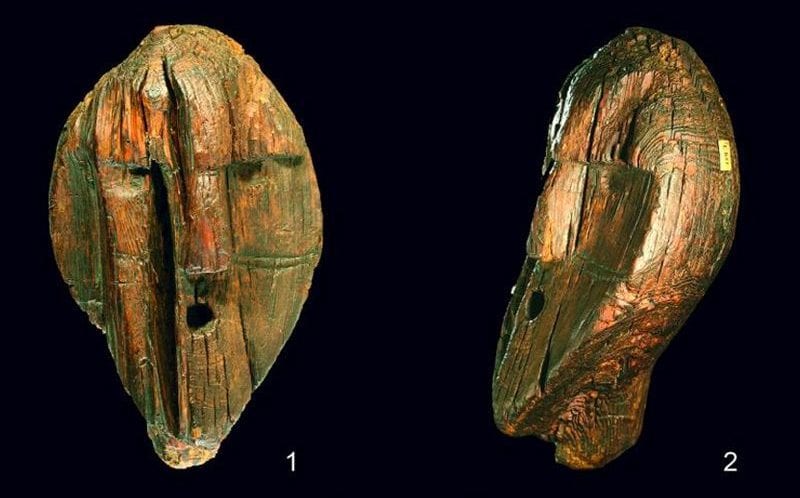 The latest reanalysis has shown that the Shigir Idol is at least 12,250 years old, making it the world's oldest wooden statue.

When archaeologists discovered the Shigir Idol more than 100 years ago, it was impossible to date it accordingly. All the experts knew was that they had one of the oldest man-made artifacts on Earth in their hands.

Over the past few decades, scientists have returned to the idol on several occasions and each time, their research pushed back the date of origin by another several thousand years.

Then in 2021, a team of scientists has once again proven that the Shigir Idol is much older than previously thought. In light of the latest news, we decided to bring you the history of this precious artifact in 10 curious facts.

1. The Shigir idol was found on January 24, 1890, by gold miners, at a depth of four meters in a peat bog not far from modern Kirovgrad.

2. It is made of a larch trunk and was once a figure 5.3 meters high with a voluminous head and a board-shaped body, which eventually disintegrated into fragments. A total of 10 pieces were discovered.

3. The idol was first radiocarbon dated in the 1990s. Back then, scientists found that it was at least 9,750 years old. Since then, thanks to advances in technology, the age has been rechecked several times and raised according to research.

5. In 2021, the same team of scientists decided to give it another shot and the results pushed this date even further back in time. Now, scientists have determined the age of the tree that was used to create the statue. It was possible to calculate that the larch has 159 annual rings, which is approximately 12 250 years.

6. According to researchers, the idol was built at the end of the last ice age – the beginning of the Holocene. This was an era of strong climatic changes, at that time forests began to spread across the late glacial and postglacial Eurasia.

7. Scientists suggest that the Shigir Idol is clear evidence that the prehistoric hunter-gatherers had a complex culture. The totem is the oldest known work of ritual art in history.

8. The Shigir Idol is covered in ancient symbols that have not yet been deciphered. These symbols include several geometric patterns but the most curious parts are the eight different human faces that were discovered during the reconstructions. Apart from the head of the statue, all other faces only have slashes for eyes and nose features.

9. Svetlana Savchenco, curator and researcher of the artifact, has a theory about the meanings of the symbols and faces. According to her, each face could be a different ancient spirit. She says there is a strong resemblance between the symbols on the Shigir Idol and the stone sculptures of Gobekli Tepe, the world’s oldest megalithic complex in Turkey. The curious thing here is that Gobekli Tepe was built more than 1,500 years later.

10. Another theory suggests that the purpose of the Shigir Idol may have been to indicate an important place for hunter-gatherers. This was suggested due to its incredible size.

More than 130 years later, we literally know nothing about the wooden statue apart from its approximate age. It is possible that the symbols will never be deciphered. Archaeologists around the world often call the Shigir Idol one of the most important archaeological finds in history. It is widely known that research is slow due to the lack of funding. Hopefully, now that the statue has attracted public attention again, there will be more financial support for further research.