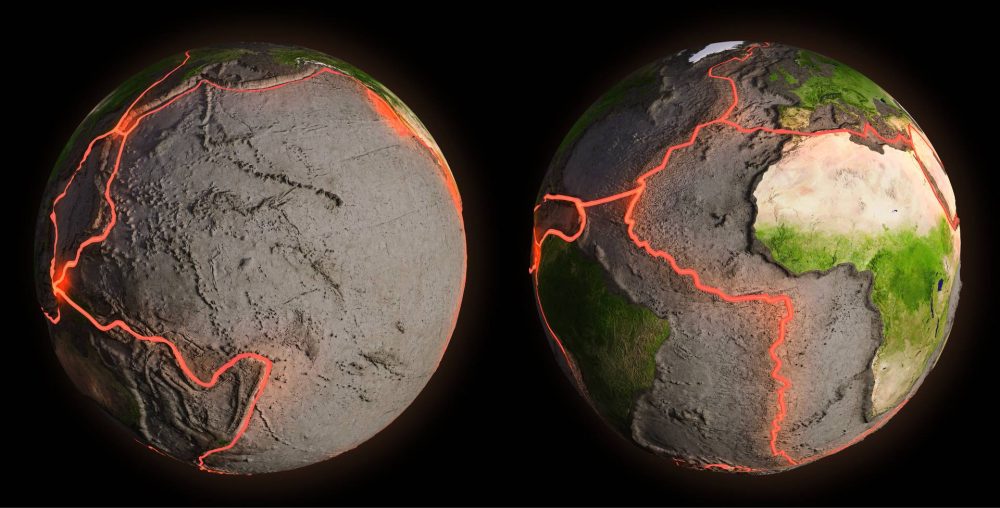 What makes historians believe that 536 was the worst year in human history? Was it a natural global catastrophe or events caused entirely by humans?

If you think that in 2019, 2020,  2021, everything was bad – the coronavirus, the ruble, oil, and the entire world economy in general – you should probably know that there were worse times in the history of the Earth. And when I say worse, I mean much worse.

“The sun darkened and this darkness lasted 18 months. Each day lasted about four hours, and this light was only a faint shadow. It was believed that the sun will never regain its light. The fruits did not ripen and the wine tasted like sour grapes.”

These words belong to the chronicler Michael the Syrian, and the events refer to the distant and seemingly unremarkable year 536.

Another historian, the Byzantine Procopius of Caesarea, exaggerates even more:

“This year, the greatest miracle happened: the whole year the sun emitted light like the moon, without rays, as if it was losing its strength, having ceased, as before, cleanly and brightly asleep. Since this began, no war has stopped among people, nor pestilence, nor any other calamity that brings death. Then it was the tenth year of Justinian’s reign.”

Both Mikhail the Syrian and Procopius could only guess what caused this “end of the world” and, as a result, the cold snap and total crop failures. Modern scientists, if they have approached the solution, can only assume that the cause of these phenomena was a series of powerful volcanic eruptions.

Remember the modest and difficult to pronounce Eyjafjallajökull, which paralyzed air traffic in 2010? So, in 536, several much more powerful Eyjafjallajökulls exploded at once. And civilization froze in fear and anxious anticipation.

However, the consequences of a global catastrophe, as Procopius of Caesarea rightly notes, manifested themselves gradually: “neither the war, nor the global ulcer” stopped on the planet for many years. Indeed, the tail of this bloody comet was very long!

In the year 536 itself, the end of the world did not come in the full sense of the word, except for the crop failure and famine that followed. Byzantine commander Belisarius, who recently put an end to the kingdom of the Vandals, marches victoriously across Italy and in December 536 took Rome: it would seem that this returned the Eternal City to its native harbor and revived the united Roman Empire.

But these successes were deceiving. The war with the Goths, waged by Byzantium in Italy, lasted for almost two decades and led to huge casualties and destruction. Blooming Italy had turned, if not into a desert, then into a rather deserted and unattractive place, moreover, poorly protected.

This soon allowed new invaders from the north to occupy the Apennine Peninsula – the Lombards, who destroyed the remnants of Roman civilization that still remained there after the bloody Gothic War. The successors of Belisarius’ cause could not stop this onslaught.

The Lombards went to Italy for a reason. Immediately after the eruption of volcanoes and cooling on the Danube plains, where these Germans lived more or less comfortably in the vicinity of their relatives the Gepids, new barbarians appeared – the Avars.

Climate change forced them to leave the Black Sea steppes and move along with all their belongings to the west – to central Europe, to the fertile Pannonian plain, which has attracted nomads of all stripes for centuries. The Avars were excellent warriors, their cavalry at that time did not know any equal.

The Avars “pushed” the Lombards, destroyed the Gepids, and generally crushed everyone who came across them, and by the end of the 6th century, they formed a powerful proto-state north of the borders of the Eastern Roman Empire. Their peak was at 626 when they attempted to take over Constantinopole.

But even before 626, a lot of things happened, which we can consider as alternative causes to why 536 is the worst year in human history. There is a hypothesis (though unproven) that a sharp cold snap provoked a mutation of the plague bacillus – somewhere far to the east, either in China or in Tibet.

For several years, the plague, along with rats, roamed to the Mediterranean. Around 541-544, Persia, the Middle East, Byzantium, and subsequently, the entire Mediterranean region was seized by a terrifying pandemic of the bubonic plague.

In Constantinople, according to the testimony of Procopius of Caesarea (he was an eyewitness to those events), five to ten thousand people perished every day, there was nowhere to bury the dead, they were simply unloaded into abandoned water towers. Even without a massive natural cataclysm, these were the worst years in human history until that time, for sure.

Two decades later, the plague reached Western Europe, as we can learn from the “History of the Franks” by Bishop Gregory of Tours:

“During the plague itself, there was such a mortality in the entire region that it is impossible to count how many people died there. And in fact, when the coffins and boards were no longer enough, ten or more people were buried in one grave.” that there were three hundred dead in the Basilica of St. Peter on one Sunday, “writes Gregory of Tours.

And yet Byzantium and the Germanic kingdoms of Europe, albeit with great losses, withstood this global cataclysm. The Romans had to fall into a deep demographic pit and forever give up their dreams of restoring the old Roman Empire. The Franks, Saxons, and Lombards lived from hand to mouth for several decades, but they also retained their identity and statehood. But there were also irrecoverable losses.

Exhausted by epidemics and endless wars, Sasanian Iran was unable to resist the new invaders from the southern deserts – the Arabs. For two decades, the flourishing “superpower”, which divided the world in half, first with Rome, then with Constantinople, simply ceased to exist.

Of course, this cataclysm caused a negative impact on the entire world, and naming all possible consequences will be impossible. With this said, this is why many historians believe that 536 was the worst year in human history.

• Chronicle of Michael the Great, Patriarch of the Syrians: Michael the Syrian: Free Download, Borrow, and Streaming. (n.d.). Retrieved November 23, 2020, from https://archive.org/details/ChronicleOfMichaelTheGreatPatriarchOfTheSyrians