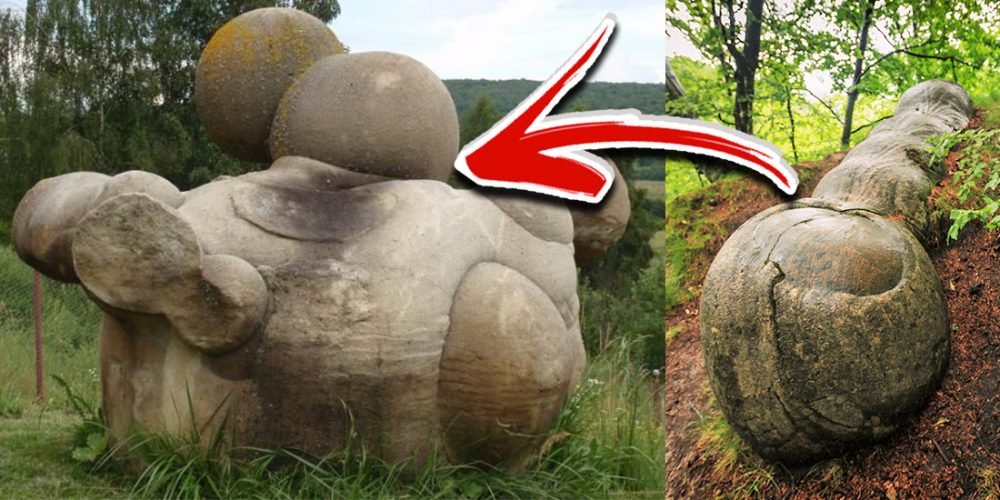 Stones that grow, multiply, and move.

There are strange places across the world. But these places make our planet such a wonderful and unique place. Among its many oddities and beauties, Earth has living stones. Although not literally alive, there are geological features in Europe that have the ability to grow and move. It’s actually a natural phenomenon, and the most famous examples are located in Romania.

Located in the town of Costesti, these odd rocks are dubbed living stones but are locally known as Trovants.

These strange, extraordinary, weird rocks seem almost out of a Hollywood movie; they can grow and multiply and essentially move.

Their name derives from the German words Sandstein Konkretion, which means sandstone concretion, or cemented sand. These stones can grow in size to a few millimeters, but as large as ten meters in diameter.

Because of their ability to “grow,” these geological weirdos are dubbed the living stones, although different people call them by different names.

In Romania, the stones are called Trovants, which is a term coined by naturalist Gh. M. Murgoci, in his work “The Tertiary in Oltenia,” where he makes reference to the odd geological features.

Since they are so unusual, people actually visit Romania just to see them. You can take a Trovant, place it in your garden, and see it grow. After rainfall, the trovants are thought to begin growing and multiplying. How fast the rock grows is an enigma.

But in addition to their odd ability to multiply, the stones can move. Now, don’t get me wrong; they don’t grow little feet and start running around, there’s actually a logical explanation for that.

As I’ve mentioned in previous articles, the “living Stones” are made by “highly-porous sand accumulations and sandstone deposits that are cemented by waters rich in calcium carbonate.” Because of this, every time it rains, the outer shell of the stones absorbs the minerals from the rain.

The rainwater, together with certain chemicals and minerals already inside the trovants, creates a reaction exerting pressure in their interior. This pressure, which accumulates, makes the stone grow from the center outwards, essentially making it look as if the stone multiply and move.

In other words, for the Trovants to form, water rich in calcium carbonate is essential. The stones tend to appear with edgeless shapes; they are cylindrical, nodular, and almost spherical. Nonetheless, various Trovants develop odd shapes caused by their irregular accretion, precisely the reason why there are so many different Trovants in size and shape.

It is also said that some Trovants actually row root-like extensions and even have “aging rings” similar to trees in their interior. Romania’s living stones are so popular you can actually find them in the so-called “Trovants Museum” Natural Reserve in the Costeşti village.

Although the most popular examples are located in Romania, “living stones” have existed for a long time in different parts of the world. Similar “geological” features have already been revealed in countries such as the Czech Republic, and even Russia, but no doubt that similar examples exist all over the world.

Resumed, here are eight things you should know about them:

The Living Stones are real. Although the most popular are located in Romania, similar geological features have been found around the world.

Trovants can grow in size from a few millimeters to a few meters in size.

Trovants are not uniform; they come in different shapes and sizes.

Some weigh no more than a few grams, while there are other examples that weigh several tons.

The “living stones” are made by “highly-porous sand accumulations and sandstone deposits.

Some have calculated that Trovants grow 4.5 centimeters a year; however, no scientific study has confirmed their exact growth rate.

Every time it rains, the outer shell absorbs the minerals from the rain, causing the Trovant to “grow.” 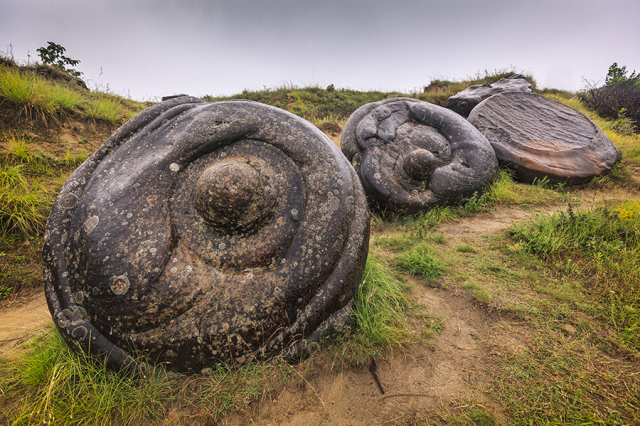