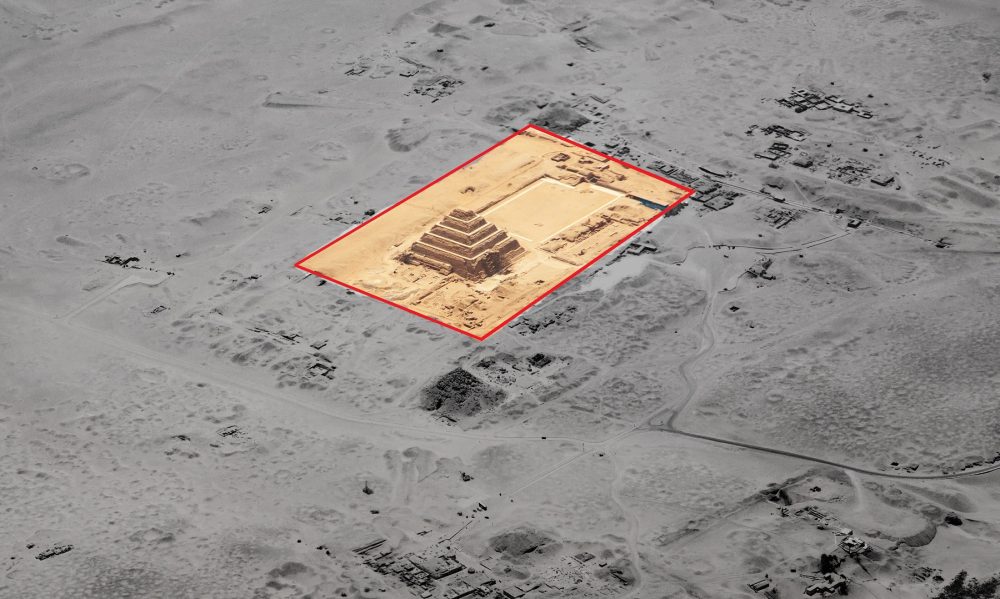 The Step Pyramid of Djoser is a true ancient wonder.

Beyond a reason of a doubt, Egypt’s ancient pyramids are the most famous monuments in existence and continue fascinating people to this day. The massive stone-made structures have stood for thousands of years, bearing testimony of a civilization that was perhaps far ahead of their time.

The ancient Egyptians were not only incredible inventors, mathematicians, astronomers, but they were revolutionary architects and planners, too, as their pyramids show. The massive stone-made mountains standing in the middle of Egypt’s golden desert look like massive stairways to the sky. The massive ancient Egyptian monuments have been studied for centuries by experts from around the world. To this date, much of their history remains shrouded in mystery, and most of what we do know about them comes down to archeological guesswork.

That’s because the builders of the pyramids in Egypt didn’t leave behind any sort of written documents, illustrations, or blueprints that help us understand what the pyramid building process involved thousands of years ago. Much of their construction is no more than a theory today, and perhaps one of the biggest mysteries is the transport of stone from quarries to the construction site.

Experts like Ahmed Fakhry argue that the Egyptians considered the transport of massive stones not an extraordinary task, and they saw no need to document the process involved in transporting the stones.

I firmly disagree and believe that anyone who was able to move stones that weight several dozen tons must have been proud of their work and achievements, and in the existence of writing, they surely would have documented or left a record behind, and I am not only referring to stone marks.

The very start of Egyptian pyramids can be traced back to the extraordinary Pyramid complex at Saqqara, believed to have been commissioned by a Pharaoh of the third Dynasty, King Djoser. Around 2,700 BC, Djoser is thought to have ordered his royal Vizier and Architect Imhotep to come up with a monument worthy of the gods, one that had never-before-been attempted in the history of Egypt.

Imhotep, a young and prominent architect at the time, coming from a long line of architects, did not disappoint his King and set out to build what is today considered the earliest colossal stone building in Egypt and the first Pyramid. The Step pyramid of Saqqara is thought to have underground various revisions and redevelopment that were performed on the go. The Pyramid is thought to have originally stood around 645 meters, having a base measuring 109 m × 121 m (358 ft × 397 ft).

The Step Pyramid dominates the Saqqara landscape. Within the Pyramid, Djoser is referred to as Netjeriykhet, which Egyptologists say was his Horus name. Djoser was a name given to the king during the New Kingdom several thousand years later.

Although not comparable in size and precision to the Great Pyramid, the Pyramid is a true ancient wonder. Nonetheless, it introduces a number of important changes in Egyptian architecture and design. The Pyramid, of course, is the greatest introduction since the Step Pyramid is believed to be the first of its kind.

The Step Pyramid, a king of morphed mastaba, was a unique monument in Egypt. The Pyramid draws ideas from several precedents, the most relevant of which is believed to be Mastaba 3038, located at Saqqara as well. This mastaba would have been the first Step Pyramid had its builders not left one side of the structure uncovered.

But Imhotep may have looked towards that exact mastaba when he designed the Step Pyramid and its temple complex. Djoser’s Step Pyramid was probably constructed in six distinct stages, a telltale sign that the Pyramid was indeed an experimental structure designed by Imhotep. It started off as a square mastaba, which was then gradually enlarged. First, the builders built on the four sides, and then just on the eastern part of the mastaba. The Pyramid was built first, forming a four-stepped structure, and then the six-step Pyramid we see today.

However, before th first courses of the mastaba were laid, not the golden sands of Saqqara’s royal necropolis, a massive achievement was accomplished by Imhotep’s pyramid builders.

Under the step pyramid of Saqqara, the builders excavated a never-before-seen labyrinth of tunneled chambers, magazines, and galleries that total almost 6 kilometers in length. This stunning underground world was, in turn, connected to a central shaft seven meters square and carved into the bedrock to a depth of around 28 meters. Everything was then connected to the Pyramid that lay above the subterranean labyrinth.

This subterraneous world is one of the most unique features of Djoser’s Step Pyramid complex, and it is something that would never again be repeated in the lengthy history of Egyptian pyramid building. More importantly, it was something that, although it could have changed and set a standard for future pyramid building in Egypt, never actually happened.

From an academic point of view, the subterranean labyrinth was carved into the bedrock in order to provide extensive room for the King’s burial, his royal family members, and the plethora of goods and offerings that were needed for Pharaohs Djoser’s afterlife, and that of his family members. But why such extensive length, and why so many rooms?

This image below illustrates what the subterranean world looks like, at least partially.

Egyptologists believe that the subterranean chambers, magazines, and rooms beneath the Step Pyramid constitute a funerary apartment that was meant to mimic the palace that would serve as the lining place for the King’s Ka. The Ka in ancient Egypt was of great importance. Together with the Ba and the Akh, the three were one of the most important pieces of the soul of a human and even a deity. In ancient Egypt, the ka was a person’s double, and it represents the life force, and at death, it separated from the body but continued living in the afterlife.

Beneath the Pyramid, Egyptologists made several surprising discoveries, some of which were entirely unexpected.

Although the Pyramid is thought to have been looted in ancient times, some artifacts were left behind for experts to find. Although one would expect that looters would take everything they could find inside the Pyramid, this was not the case with Djoser’s Step Pyramid, probably because of the already extensive tunnel system beneath the Pyramid, which inadvertently may have served as a kind of security system confusing ancient looters, consequently preventing them from streaming everything that the ancients had stored beneath the pyramid.

In fact, I believe that this may have even worked better than the massive stone blocks that were placed in later pyramids in an attempt to prevent looters from entering the burial chambers.

Here are some of the most surprising discoveries made beneath Egypt’s oldest pyramid.

Whether intentionally or totally unintentionally, those who entered the pyramid in ancient times did not manage to empty it entirely. When scholars entered the underground chambers, they discovered, among other things, 40,000 stone vessels. Interestingly, many of these vessels were much older than the Step Pyramid complex and were even found to predate Djoser by several generations. It is believed that these vessels were brought intentionally for other tombs and placed beneath the pyramid as a message from the Pharoah who wanted to honor his ancestors.

The pharaoh’s mummy was never recovered, and it was long believed that a foot found in one of the chambers might have belonged to the Pharaoh. However, it is difficult to prove that the bone belonged to the mummy of the king since we don’t know its whereabouts. Interestingly, beneath the pyramid, experts recovered additional bones. One of them, surprisingly, belonged to a young female.

The hipbone was found to predate Djoser by several generations, just like the thousands of stone vessels beneath the pyramid. The hipbone may have belonged to one of Djoser’s relatives and was brought from elsewhere into the pyramid or may have been placed there in later times by someone else. 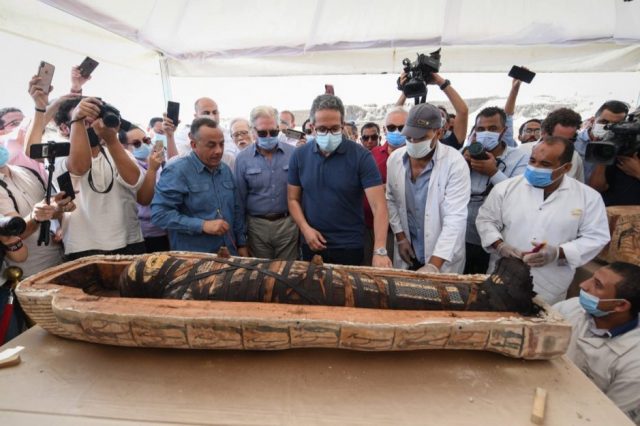