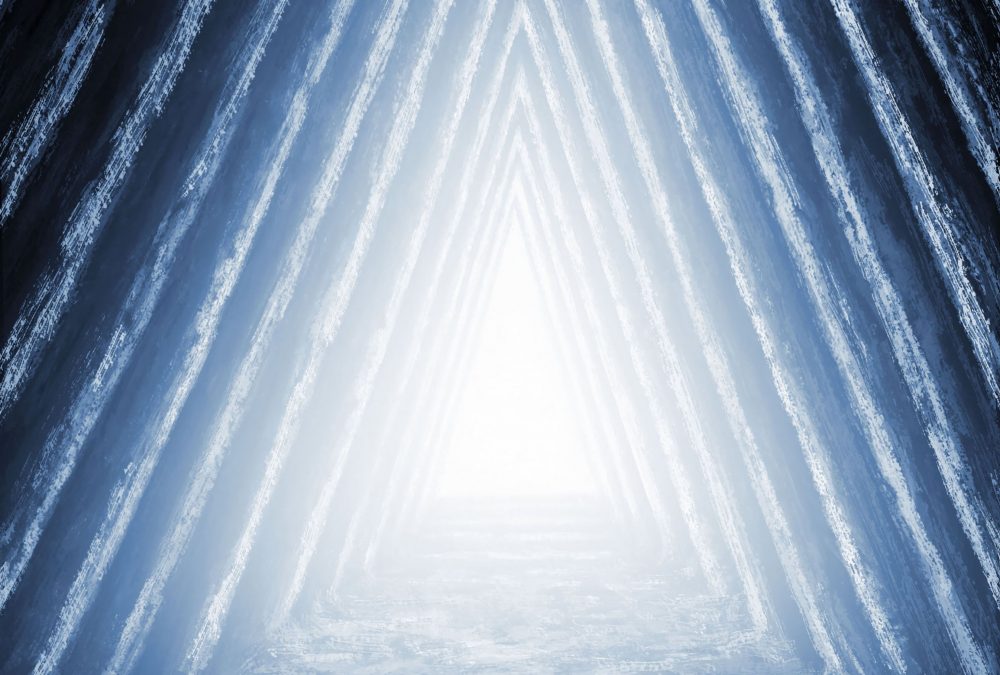 In addition to the numerous thermal anomalies inside the pyramid, the ancient structure features an intricate defense mechanism built into it.

Of all the incredible things about the pyramid, perhaps not many people know that its builders included an intricate, ancient defense mechanism into the pyramid.

Although the pyramid monument came abruptly to Egypt, many generations passed until a Pharaoh would again successfully build a pyramid in Egypt. Many attempts were made after Djoser, but the pyramids were not completed either because of poor construction or insufficient time.

Then came Sneferu, the founding Pharaoh of the Fourth Dynasty of ancient Egypt, who built three history-changing pyramids that laid down the foundations for future pyramid building in Egypt and the Great Pyramid of Giza.

At Dahshur, Sneferu built the Red Pyramid; a structure considered Egypt’s third-largest pyramid after the pyramids of Khufu and Khafre. The Red Pyramid is argued to be ancient Egypt’s first successful attempt at constructing a “true” smooth-sided pyramid with a total volume of 1,694,000 cubic meters (59,823,045 cu ft).

According to mainstream scholars, the Pyramid was built around 4,500 years ago, marking the golden age of ancient Egyptian pyramid building.  However, how exactly the pyramid was built and its original purpose remains a highly debated subject.

Although Egyptologists claim the ancient Egyptian pyramids were tombs and nothing more, many authors and people, in general, disagree, suggesting the pyramids may have had a far greater purpose.

How the Great Pyramid was built is perhaps the biggest enigma. Of all the mysteries surrounding the pyramids, their construction is the most puzzling. Roman writer Pliny, who condemned the ancient Pyramids as an “idle and foolish exhibition of royal wealth,” found these structures to be awestriking.

Writing about the pyramids, Pliny recorded: that “…the most curious question is how the stones were raised so great a height. And this has probably been the number one question that every visitor to the pyramids has asked. The answer to this question remains to elude us, as there isn’t one single ancient text that mentions how the Great Pyramid of Giza was built and using what sorts of tools and technologies.

All that we know about the pyramid comes mostly from sources in antiquity, such as those from Herodotus or Pliny. But just as we are left baffled by the pyramids today, so were the ancient Egyptians who lived near ancient “Memphis” generations after the pyramids were built.

The Great Pyramid of Giza was constructed with an estimated 2.3 million stone blocks, some of which weigh more than 10 tons. In total, the Great Pyramid of Giza is estimated to weigh around 6.5 million tons. According to mainstream Egyptologists, the ancient Egyptians built the pyramids with the simplest of methods; even the pully was unknown to the ancient Egyptians before the Roman period.

Both in quarrying and building, it is believed that the builders made use of copper chisels and maybe iron tools, as well as flint, quartz, and diorite pounders. The only additional technologies used by the ancient Egyptians are believed to have been large wooden crowbars and, for transportation, wooden sleds, and rollers.

Exactly why the ancients decided not to record how everything was done remains the biggest question regarding the construction of the pyramids. As noted by Ahmed Fakhry, the process of quarrying, transporting, and erecting the massive monument was such an ordinary matter that the ancient Egyptians did not consider it worthy of record.

That the Great Pyramid of Giza is a true ancient wonder of the world is common knowledge, but just how complex of a structure it is, remains a lesser-known fact. Although many people are left baffled by the design, shape, and size of the Great Pyramid, its interior is equally fascinating.

One lesser-known characteristic of the Great Pyramid is an ancient defense mechanism built inside the pyramid thousands of years ago. Egyptologist Mark Lehner described it in detail in a TV Series called Unearthed by the Science Channel.

Lehner revealed that a series of grooves observed outside what is defined as the Great Pyramid’s burial chamber acted as a kind of defense mechanism.

As explained by Lehner and other Egyptologists, the pyramid’s builders included a defense system made out of thick granite blocks of stone that were used to obstruct access to said chamber. It has been suggested that said grooves and protrusions are not a decorative feature of the pyramid but the remnants of the ancient machine built to protect the interior of the pyramid.

Egyptologists have explained that the pyramid’s interior grooves were used to direct stone slabs of granite towards the entrance and keep the blocks in a vertical position. The builders are believed to have added a second block of bigger stones that slid down the passageway, effectively obstructing possible intruders’ entrance.